John (How I Met Carmella) 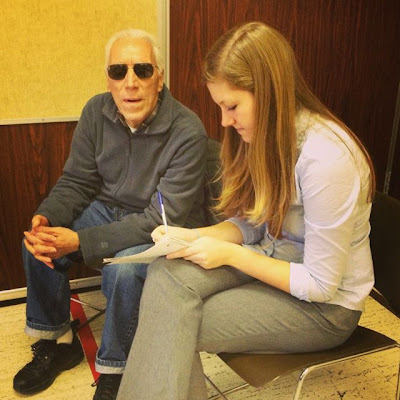 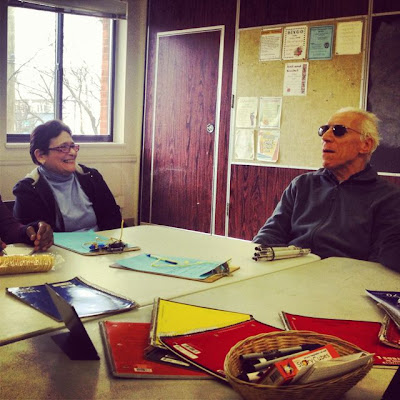 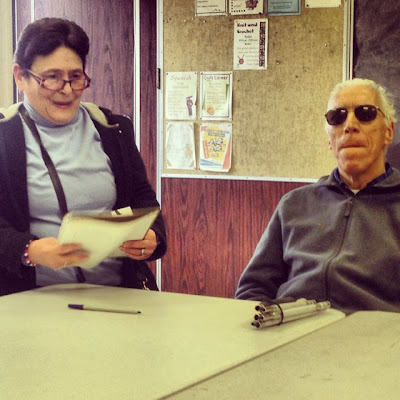 Could be Bruno Mars crooning “Just the Way You Are” on my computer right now, or the nice morning walk I had with my husband this morning, somehow I just have a great urge to post a small reminder of love and life today.

We call them the happy couple. Carmella walks John to class.  Depending on the mood of the day, sometimes our volunteers or visitors write for John as Carmella writes her own stories, sometimes Carmella writes for him. I am sure John can sense it even though he can’t see – Carmella is all smiles every time she is by his side. Carmella and John have been coming to class ever since the beginning of the year.

To borrow a few words from Bruno Mars... and I know this sounds cheesy but I mean it… When our seniors smile, the whole world stops and stares for a while. They’re amazing just the way they are.

Believe it or not, I met Carmella at a senior center in August 1979.  That’s 33 years ago.  Her mother and my father belong to that center.  At that time, they had dancing on Monday nights.  Her mother went up to my father and asked him if I was going out with anyone, I wasn’t at that time.  Her mother arranged with me to meet her daughter at the center for another dance.  It was casual so I didn’t have to dress up, I wasn’t too nervous but I think she was; she told me that later.

She and her mother arrived before my father and I did.  As we were walking in, her mother told me to sit with her and her daughter at their table.  After the dance, Carmella and I dated for a year and three months.  Then we got engaged.  Two months after that, we got married. I was 37.  It’s a nice memory thinking back about all of that.  I can’t believe all these years have passed since.  We have a lot of fun together still and 33 years later, here we still are – at the senior center!