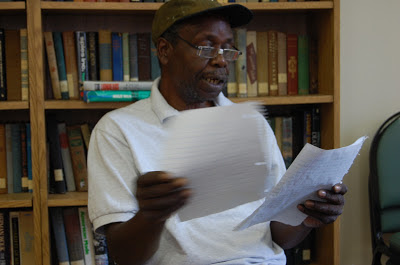 And now, a story that just makes me so happy to read and reread. I hope it does the same for you too. A story about friendship, teamwork, baseball, a blaring sun and a few lucky stars.

When I was around 14 years old I joined a baseball team, the name of which I’ve long since forgotten.

The majority of the guys on the team were a few years older than I, and almost to the man played either varsity or junior varsity baseball at their respective high schools.  That meant that the team was phenomenal… as baseball was the king of sports in 1957.

While the guys on the team were good, I was NOT.  Actually, I was terrible.  I couldn’t throw, field, or hit.  Most times during our games (at Belmont Plateau, off of 52nd Parkside in West Philadelphia), I kept the scorebook and handled the equipment.

I was terrible, but the guys did not tease or distance themselves from me.  They wanted me to be good.  Two incidents proved that to me.  Once when I was playing center field, a ball was hit in my direction.  When I looked into the sky at the ball, I was blinded by a blaring sun.  I placed my glove over my eyes.  And guess what?  The ball miraculously fell into my glove.  The guys were jumping, screaming, and hollering like we had won the world series.  They were happy for me.  I did not tell them that I was shielding myself from the sun.

The next incident—concerning me—that led to the team’s hysteria had to do with my hitting a home run, after having struck out each time that I was at bat during the season.  I may have been a lousy baseball player, but I received the cheers reserved for superstars.