Coming up next is the nineteenth part to Diane Richardson’s “When I Met My Hubby.” But first, a few words on women’s services.

Gloria’s story was inspired by the most recent election, and the issue of women’s services. Bringing a child into the world, raising them and providing for them is an incredible responsibility; and it should always be a choice. If it isn’t a choice, the child and mother suffer. The unsafe abortions women were forced to pursue before Roe v. Wade could be lethal. Older bud Gloria’s seen enough of that firsthand:

Gloria Nhambiu
10.11.2022
Women’s Services Must Be Legal and Available
In March 1959 I was a recent high school graduate with no marketable skills. I found employment as a nurse’s aid at a small South Philadelphia hospital that in no longer there. I worked from 7:00 AM til 3:30 PM as an aid to the clinic: wheeling patients to and from tests, delivering specimens to the various labs and doing whatever else needed to be done. From stocking shelves and sometimes listening to patents until they were serviced or cleaning up.
I hadn’t though much about those days. I was only there 6 months until I left for college. But it comes back to me as I listen to the conversations on the air concerning birth control and abortion issues. Many women came into the accident ward for an incomplete A.B. or an incomplete abortion. This was usually something they had done themselves or had someone else do for them. They didn’t come to the hospital until they had passed the fetus or were burning up with fever from infections. I heard from the nurses that some had to have surgery that rendered them sterile. Others went home still pregnant, but most accomplished their aim. Many, if not most, were married.
I really worry that women who do not have access to legal services will go back to servicing themselves with coat hangers, forks, or catheters, etc. Women’s services should be kept legal and available because “desperate women will do desperate things” when they have to. 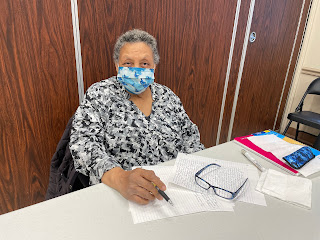 We now return to our continuing story, "When I Met My Hubby, Part 19" by Diane Richardson:

Diane Richardson
08.23.2022
When I Met My Hubby Part 19
Today I am writing about Joe’s sister I’ll call her Sara. She’s never been married or had children. She’s been in a relationship with a man I’ll call Bob for over thirty years. Bob was a high-ranking politician and was married with children when that met a charity function. Sara was twenty-two and Bob was forty-two. They started having an affair and he made it clear from the beginning what the rules were, #1 He was never leaving his wife and family for her. He had children in college, and he didn’t want any more. And if ever she would get pregnant and have the baby, he would take care of the child without a doubt. But there would be no more them: The end of their relationship. Because that would be the end of his marriage. He made it clear at the beginning of the relationship, she’s twenty-two and he’s forty-two and she’s a virgin. And there would be no future together for them. She would not ever bear children and she could have anything in the world she wanted “that money could buy.” He asked her repeatedly, “Will you go along with these terms?” She agreed.
First, he paid for her education. Four years at U. of Penn, Master’s in Business Administration. Upon graduation he got her a high-ranking city job with an office and a car. When she was in school for four years, he paid all her living expenses and car note. He had her living in a high-rise condo and a new car every two years. What she really wanted most in the world is to live right next door to her mother. Bob approached the neighbors on both sides of her mother for the purchase of their homes. He bought the homes on both sides of mom’s house. He got the three homes built into one. Sara now has everything.
But then Bob died. His funeral service was packed and anybody who was anybody was there, even the mayor. After all the years of them being a couple everyone knew who she was, as they say, everyone knew what time it was. While his wife, children and grandchildren sat at the front Sara stood at the front door greeting the guests and seating everyone.
She was thanking everyone for attending and accepting and collecting all the sympathy cards while the wife and kids sat right there. Y’all ain’t never seen nerve like that. Luckily no fight broke out and the service and repast went well. Oh, by the way, Bob left Sara a half million insurance policy. To be continued …. 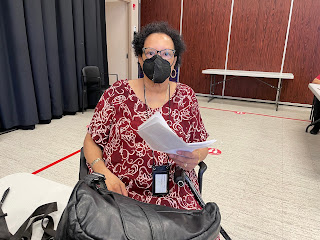 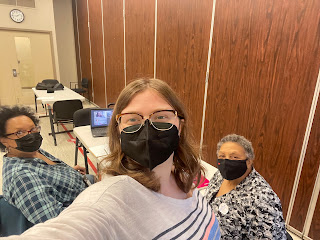