Coming up next is the third part to Diane Richardson's story "When I Met My Hubby." But first, it's LGBTQ Pride month, a celebration of the lesbian, gay, bi, trans and queer people in our lives. Pride isn't just about being LGBTQ, it's about the love you have for yourself as an LGBTQ person, and the love you have for your LGBTQ friends and family. We're still fighting hate and prejudice, but we've come far and we're seeing more and more LGBTQ people in the media, and out of the closets. Today's story is by older bud Eleanor and how proud she is of her granddaughter:

Sometimes life throws a curveball. Gary and I could never have predicted what life has thrown at us out of left field. It was a gradual awakening that has now fully blossomed. We have been blessed with three extraordinary grandchildren, all born with male parts. I called them my three rowdy grandsons.From the age of 18-months, the youngest, LuAyin, showed a passionate interest in all things girly: Beautiful scarves, dresses, jewelry, makeup, and all things sparkly. As soon as LuAyin could talk, he declared that his favorite colors were pink and purple. For his birthday he wanted Barbie dolls with fancy clothing and princess costumes. To no avail, we tried to steer LuAyin towards the boy’s section at target. He stood as stiff as a board in the middle of black T-shirts with pictures of cars and superheroes, lips pursed in a pouty frown. Next door in the girl’s section, he came to life, transformed by the sparkly dresses and fairy headbands. Movies with superheroes were out. He declared that only movies with beautiful princesses were acceptable.When LuAyin was three years-old, we were chatting one day about his growing up, and as I said “becoming a man.” He looked me straight in the eye and said, “Grandma, when I grow up, I’m going to be a woman.” It was as clear as day, right in front of our eyes that LuAyin was a girl, but this reality was too daunting. We continued to use the pronoun “he.” LuAyin’s parents insisted that he wear his dresses and princess costumes only in the house, presenting himself as a boy to the outside world. An adult neighbor snatched his doll from him one day, refusing to give it back. “You can’t play with dolls, you’re a boy!”About a year ago, with the reality sinking in, LuAyin was allowed to wear dresses and other girl’s clothing out in the world. She turned four in June and has definitively declared that she is a girl and wants to be referred to as such. It is astounding to us that such a young child can be so self-aware. We are trying to remember to use feminine pronouns. She has, at such a young age, fully transitioned to be who she truly is.I always wanted a granddaughter, but I didn’t think it would happen this way. Life has sure thrown us a curveball, and it will be a challenging journey. But life has brought us a beautiful granddaughter; we couldn’t be more proud and happy. 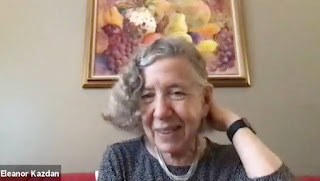 We now return to our continuing story "When I Met My Hubby" by Diane Richardson:

When I Met My Husband Part 3

Shortly after Joe and I had our first lunch together he invited me to a Cabaret one of his co-workers were giving. A cabaret for those who don’t know is a large affair, a gathering of people dressed up where there is music, eating, drinking, and dancing. It takes place in very large room. There are tables set up such as these in the Philadelphia Senior Center are and a dance floor in the middle.So, at the affair everyone was drinking, dancing, and having a good time. Joe wasn’t much of a dancer, only danced slow and I had to force him to do that. So, I danced with others, I love to dance. There was one single white guy at our table. I noticed he hadn’t danced. I asked him, “Why aren’t you dancing?” He replied, “I don’t know how.” I said, “Come on, I’ll teach you.” He said, “I can’t in front of all these people.” I said O.K. let’s go over there to the side.We went over to the side, and I taught him a few moves. He got pretty good and was ready to hit the dance floor. We danced a good while and he was so proud of himself. He started asking other women to dance with him. At the end of the evening, he thanked me and said, “That’s the most fun I’ve ever had. I really appreciate what you’ve done. I’ve always wanted to learn to dance. I hope I’ll see you again.”I said “Don’t ya’ll have affairs once a month?” He said “We do but Joe never brings the same woman twice.” I said, “I bet you won’t see him with anyone but me from now on.” He said excitedly “BET?” I said “BET!!!”To Be Continued 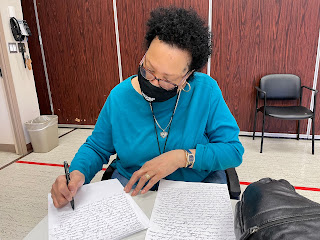 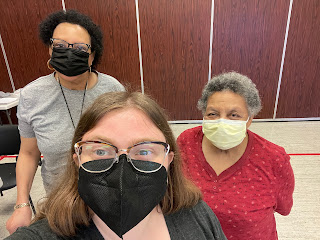