A Visit from Benita (Gloria, Liz and Norman)

Two days ago we got a visit from Benita, the founder of The Best Day of My Life So Far. Longtime readers know that the first ever Best Day workshop was hosted in the Philadelphia Senior Center’s basement; after twelve years it’s a part of the center itself! It was great for us all to see her in person for the first time in years, but the best part was introducing her to new older buds (like Gloria) and older buds who just never crossed paths with her (like Liz.) 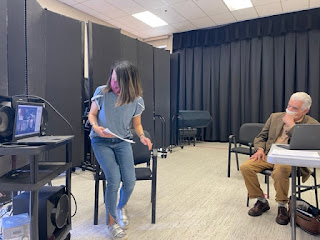 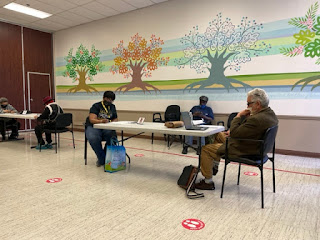 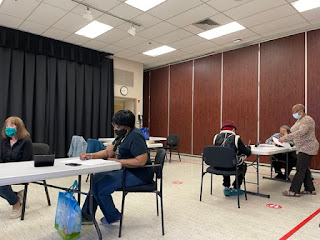 So today’s post is devoted to the new friends Benita made, and the OG older bud Norman, who knew Benita from the very beginning. 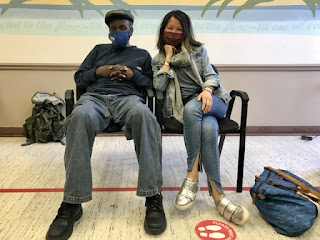 Gloria Nhambiu
03/29/2022
Untitled
Ten years ago, one of my doctors suggested that I should use a cane because my balance was off due to my left leg being shorter than the other. The buffer under the left kneecap was wearing thin. And of course, I ignored that suggestion. Canes are for old, crippled people, I thought, and I thought I was neither then and never expected to be. Fast forward ten years.
Today I went shopping on Marked East (the gallery and other stores). After walking one block and then entering the Gallery I found that stores are miles apart and I can no longer walk the long mall corridors with ease. The one block walk to the parking lot has lengthened. It felt like 2 miles each way.
So, I have decided that using a cane is not so bad after all. Funny, my friends have been telling me this for years. 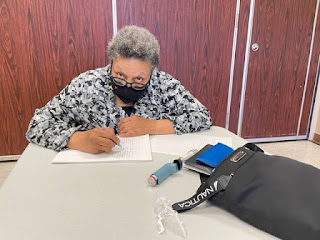 Liz Abrams
11/23/2021
The Mutt
My favorite pet, besides my German Shepard, security dog Pal who was on the job during the day when Grandmom babysat me (that story was submitted some time ago titled The 3 Musketeers). The Mutt became a family member when, mom waling home to 19th and Diamond from Broad and Lehigh factory job—Cohen Bros—the Mutt decided to be an unpaid escort. During those days my mother attracted many males who offered to walk her home. She shunned them, but for some reason she allowed Mutt to act as escort that day.Mutt walked her home to the door and went away. The next day and following days he became my mother’s official escort. My dad said, “Why you let that smelly mutt walk with you? He is dingy.” From that day on my mother brough the mutt inside, bathes him in our bathtub and fed him scraps from our table. Me, my sister and dad accepted him as a family member since Mutt was so loyal to all family members, especially me, since I was a poor eater of nourishing food prepared mostly at dinner.After several scoldings from my parents to “clean my plate,” the Mutt and I became partners in crime. I secretly fed the Mutt my dinner. All was happy, especially the Mutt and I became the Mutt’s official Mistress. And the Mutt never gave our secret away. I hope to see you in Heaven, Mutt. You were the only real friend I had in my adolescence.With Love,Liz 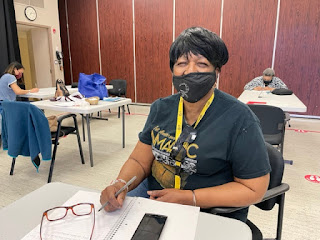 Norman Cain
01/16/202
The Pending Migrations of Friends and Family Members
Recently, a dear friend and two relatives in my immediate family have decided to move from their localities. Moves that they have contemplated for some time, moves they feel will benefit them both spiritually and financially.Several weeks ago, a friend (a male) of 50 years informed me that he and his wife were going to relocate to an area outside of Atlanta Georgia. They had visited the area and as a result decided that the natural beauty and tranquility would create a harmonious blend with their senior years. Since they will not sell their Phila home (which they will leave under the care of another daughter) they will periodically return to Phila for visits. I will see them on these occasions. I will also be able to connect in Georgia during my visits to Atlanta to see my sister and her extended family.Several weeks ago, my oldest granddaughter, who had spent 5 years in Houston Texas, and a 3 month visit with her parents moved to Charlotte, North Carolina. The downside of the situation is that she will be missed; however, she will not be so far away as Houston; thereby making trips to see her easier. Also, she has family in Charlotte.I was shocked when my daughter who lived in Orlando Florida told me that she, her husband, and daughter would be relocating to Germany at the beginning of 2022. She and her husband also lived there for several years when her husband was in the army. When I would visit them each year they fondly spoke of their time and expressed eventually moving there. They made up their minds. The time had come.My Orlando daughter is not immune to traveling and relocating. She left Phila at the age of 19 to live with my stepdaughter who was a soldier residing in Hawaii. She traveled from post to post with my stepdaughter and eventually married her now husband after his “tours of duty.” They settled in Jackson, Mississippi and eventually Orlando, Florida. Like my friend that is moving to Georgia, they will not be selling their home, so I will see them on their rare visits to Orlando. Also, she and her husband have extended an invitation to visit them in Germany.I will miss my friend and family members, but I reluctantly understand their wanting to migrate to other areas of the country and the world. 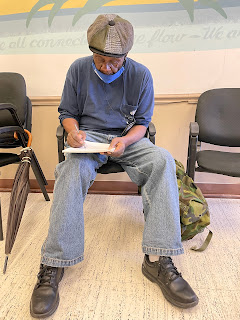 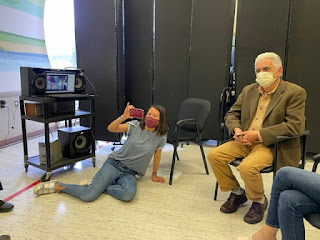 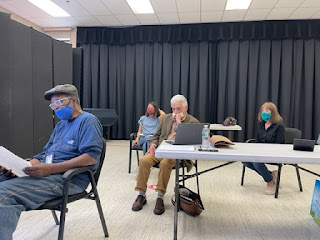 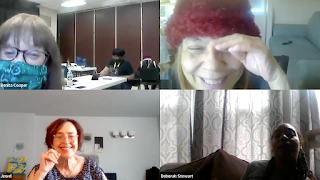