Last Tuesday, José came in wearing a very sharp outfit. After everyone at Best Day complimented him, he explained that he got the cool duds from an in-law who was downsizing. I'm no stranger to shopping at thrift stores, and finding really cool outfits there, and this particular story reminded me of one of Ann's about the memories held in her clothes. You can read that, and a bonus story from José, below: 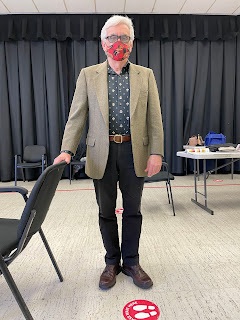 It is true that objects hold memories I look around my apartment and remember who gave me this, where I was when I bought that, the joy I felt when my daughter gave me a Buddha statue that I had admired weeks before when with her in Chinatown and the anger I felt when my then husband very loudly contested my purchase of a painting at an outdoor starving artist show in Key West. The painting still resides in my apartment; obviously he does not.Last week I decided to pull out my under-the-bed-storage box containing dresses, suits and more formal wear that I hadn’t worn for years and due to aging skin in certain places, probably never will. It was time to make a donation pile. But very quickly, it became apparent that memories were also woven into the fabric of these garments. The first clothing group was serious conservative work clothes- nice suits, dresses and wool skirts. Usually when I wore these, it was to present back-to-school-night, parent/teacher IEP conferences, or an occasional presentation at a workshop or convention so these clothes brought back anxious memories and were easy to put into the donation pile.The next group was funeral clothes- 2 dresses and one suit. They were all dark but they also all had a small amount of color trim and lightness. I decided to keep them not because they hold the dark memory of funerals but because they also hold the light and happy memories of my parents and several friends who died way too soon.Now onto the happy box- it contained clothes that I’ve worn to happy, fun occasions- vacations, birthday brunches, wedding and baby showers, casual dates. There was one dress with a memory that made me laugh out loud as I pulled it from the box. It was a simple, short V neck, sleeveless dress that was completely reversible. One side was black, and the reverse was a gray and white geometric print. I wore the back side on a dinner date with a man who was very nice but had a somewhat boring and myopic personality. To liven things up, I went into the ladies’ room between courses and quickly flipped that dress to the geometric print side to see what my date’s reaction would be. Well actually there was no reaction until the waiter finally whispered to me, “How did you put on a new dress so quickly?” Anyway, I kept a few dresses from this pile and finally decided to donate the reversible hoping some other woman might pull the same trick.And finally, my last 2 dresses…. Mother of the bride, both as different in style as my 2 daughters are. For one, after many days of shopping finally found an expensive dress in Nordstrom. For the other more casual wedding, I actually found a dress in a Media consignment shop for $20. I got more compliments on the $20 one than the Nordstrom extravaganza. Of course I kept these 2 dresses that held such picturesque wedding images.So back under the bed went my storage box, holding a considerably lesser amount of clothes. I keep these clothes in hopes that if someday I am funning short of memories these garments might trigger a few. 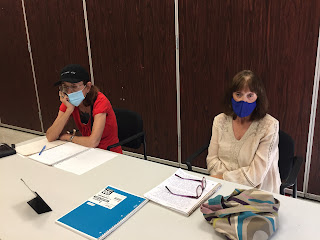 Refleccion Vestido: A Dress Dissonance and a "Poor Man's Body"

After Maria’s death all her clothes packed in boxes ended as a present to our dear friend Dora who was, and still is, in tremendous economical distress. Among those garments there was one related to a petit family affair that I kept imprinted in my neurons.The mentioned dress was the one Maria used in Ponchos’ wedding back in 2009. In a previous trip of the couple to Juarez, Sasha asked us about the way we were going to dress for the celebration; Maria showed her a green dress that she believed was appropriate for the occasion and told her that I was going to use a black suit and the issue was settled. After Sasha returned to Philadelphia; days later Maria’s affluent friend gave her several very fine clothes. One of them fitted her body exactly as if it was made specifically for her. I told her that dress was better to be used at the wedding than the option previously pointed to Sasha; she agreed and I decided also to change for a light color since the formality will be in summer. At the wedding day we faced a disaster; the in laws were not so happy about our appearance; Maria’s color dress was very similar to Sasha’s mother dress; my suit was almost the same color as Myron’s. We noticed several not verbalized signs of discontent; providentially the day ended full of happy memories that diminished our wedding protocol transgression. the damage was done and satisfyingly it didn’t become a family tragedy.Later, looking in the internet I found a rule that we violated: (speaking about groom’s parents) ” You should opt for a different color than the bridesmaid dresses and mother of the bride dress”. Years had passed after the wedding etiquette incident. Now, living in Poncho’s house I find myself in a new world of experiences oriented mostly by the here and now. Related to the way I dress I can say that I have learned to prioritize weather protection instead of good looking. The result was expending less in garments instead of making an investment on image pampering. In that venue almost all my clothes were Ponchos’, and successfully they are suited for the climate demands and to my body size. Joking with Poncho I told him that I have a poor man's body because everything suits me.Fortunately, here, in the USA I have entered in a new world; now I have less money than ever but, at the same time, I have, as ever, a far diminished interest on money. That simplicity of life did not begin in Philadelphia. Just arriving to America in December 2012 Maria put me in touch with big stores of secondhand clothes. The Mexico I left behind, or, more properly, the Jose I left behind, was more embedded into class ideology, and I, as a beneficiary of the system, shared and cherished consciously or unconsciously some ideas that gave me advantage and comfort; one of those was about the use of pre-owned clothes; in some upper class mentality to buy not new clothes will be perceived as a decline in status since only poor people will do that. Here in US we found a culture more open and rationally oriented to recycle and to use resources properly; such way of thinking helped people, as me, that do not have enough money or do not want to spend it unwisely. As my brother Ramon said, I was born again, we ended spending much less money in clothes and at the same time did not accept social pressure to live a good life.After three years of being legal residents we were invited to share our lives with Beatriz and Alex who happen to live in Houston. We moved to their apartment that was located in a large and fine building in League City, Texas. Just want to mention that the garbage service was very efficient and clean. Tenants had several large containers available were to put the waist. One morning I took my trash bag and went to the public container. My surprise was when I found a neat white long sleeve shirt hanging to the metal structure. It was covered with plastic and ready to be used. I interpreted that someone wanted to make me a present. I took the shirt and it fitted perfectly to my poor man's body… 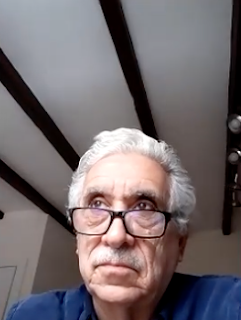 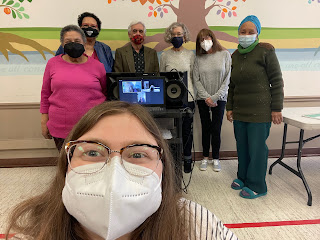 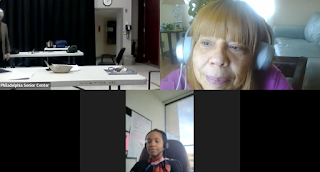