The New Year is right around the corner. We at Best Day hope you had a good holiday season, and we have a few more holiday stories to curl up with before 2022 officially starts: 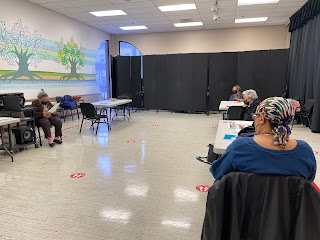 This year my 7-year-old grandson Max is having serious doubts about Santa’s existence. Back in October, he questioned me about the actual mail service to the North Pole and the likelihood of Santa ever really receiving his letter. Apparently, he’s been testing his theory out by writing to Santa 5x’s addressed simply: to Santa, North Pole, and putting them in the corner mailbox. Last week he came downstairs after playing in his room and said to his mom, “I don’t think Santa’s real- I was looking at my toys and games and they all say, ‘made in China.’” At this writing he has not actually asked his parents if Santa is real, but I’m sure he’s still doing his own undercover detective work. His mother, my daughter Kerry, was much more blunt about the Santa question when she was in 2nd grade. And it was asked one of the most stressful days of my life. It was moving day to a bigger house. The forecasted snow flurries turned into a major snowstorm, my then husband ended up in the hospital with kidney stones, the movers were 5 hours late and quite drunk as they slipped and slided on the icy, now dark driveway and laughed as we all watched my dryer slide down the hill into the woods. With the help of my brother-in-law and his wife we unpacked the essentials and put the beds together. Finally, I was able to get the kids to bed and had just plopped down on my own bed when Kerry came down the hall and announced, “I don’t think there is a Santa and I want you to tell me the truth right now.” And so, I did, then I cried thinking I probably should have discussed this more. But Kerry was fine and said, “Thanks! I knew it” with a smile. Then she climbed in my bed, and we fell asleep together. My daughter Rachel’s sons are 5 and 2. Both are all in for Christmas. However, last year, Paul, the 5-year-old had a temporary lack of faith. No in person visit with Santa were possible during COVID, but Macy’s offered a 1-1 visit with Santa and 2 elves over Zoom, so Rachel scheduled a visit. Paul was very quiet but eventually told Santa and the elves that he wanted a cement mixer truck. After the visit he turned to his mom and said, “I don’t think those guys were real.” Rachel assured him that they were, suggesting that maybe they just looked different on the computer. Paul seemed to forget about it, but on Christmas morning, the first toy he opened was the cement mixer truck and he joyfully exclaimed, “They were real, those guys were really real!” Rachel found out about Santa courtesy of her older sister who told her the tooth fairy wasn’t real. My future statistician/math specialist daughter used her powers of deduction to realize there was no Santa or Easter Bunny either. She recovered quickly when we assured her that yes, there would still be presents. As for me, my overly sophisticated 1st grade friend told me point blank there was no Santa and I was a baby if I still believed. But even today I still believe in the magic of Santa as witnessed by the chills and smiles I experience when Santa appears at the end of the Macy’s Thanksgiving parade. I’m convinced he is the real Santa. 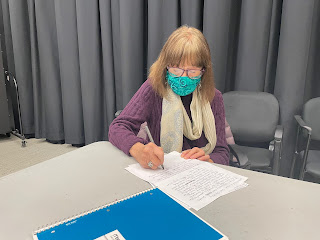 About 4 AM on the morning of November 19, 2021. My niece, a friend and I were riding down Highway 95 South on our way to Virginia. Hampton, in fact. My niece’s son who is in the United States Navy, had been promoted. His new position is now Chief Petty Office. All of the candidates that were promoted were to be honored in a pinning ceremony. A call came to NeNe’s cell. The voice said, “look up in the sky, a lunar eclipse is occurring right now!” We looked and saw the moon overshadowing the sun. It is said that this kind of thing doesn’t happen very often. My mind looking back, remembering the Blood Moons that occurred not that many years ago. These wonderful events and occurrences speak to us. This is not just acts of nature but is what God the Creator has orchestrated to let humanity know that there are some things that God can make happen! 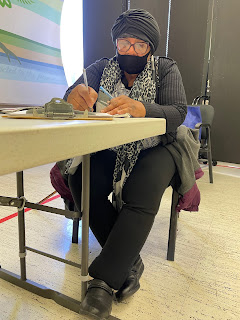 My favorite pet, besides my German Shepard, security dog Pal who was on the job during the day when Grandmom babysat me (that story was submitted some time ago titled The 3 Musketeers). The Mutt became a family member when, mom waling home to 19th and Diamond from Broad and Lehigh factory job—Cohen Bros—the Mutt decided to be an unpaid escort. During those days my mother attracted many males who offered to walk her home. She shunned them, but for some reason she allowed Mutt to act as escort that day. Mutt walked her home to the door and went away. The next day and following days he became my mother’s official escort. My dad said, “Why you let that smelly mutt walk with you? He is dingy.” From that day on my mother brough the mutt inside, bathes him in our bathtub and fed him scraps from our table. Me, my sister and dad accepted him as a family member since Mutt was so loyal to all family members, especially me, since I was a poor eater of nourishing food prepared mostly at dinner. After several scoldings from my parents to “clean my plate,” the Mutt and I became partners in crime. I secretly fed the Mutt my dinner. All was happy, especially the Mutt and I became the Mutt’s official Mistress. And the Mutt never gave our secret away. I hope to see you in Heaven, Mutt. You were the only real friend I had in my adolescence. With Love, Liz 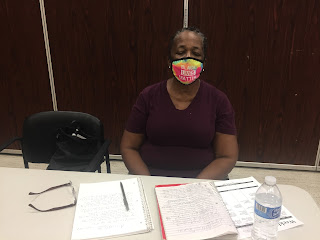 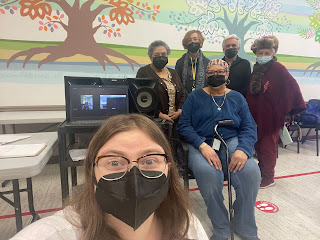