I've been sitting on this post for a while and just looking for the right time to share it. Last December, Frances told a story about the serial liar who was dating her daughter, and this inspired Eleanor to write a story about her own brush with a pathological liar a week later.

Who Is This Person?

My daughter was in a commercial for a dealership where she worked. The ad was shown in several places, which I never got to see but my family in different states did. A guy who saw the commercial made several attempts to find the person, my daughter, the person who appeared in the commercial. According to him he called the national dealership in an attempt to find out who she was. He said she sounded, looked and appealed to him. He set out to locate her and after that he was told an ad agency made all of the commercials for them. He spoke about his intention, he said that he would write a letter and request that the letter be passed on to her. She could then decide if she wanted to reply. He had no idea where she was located and what was her status, married or single. He received no reply.
He felt the need to pursue this to the end. He recorded the commercial and looked at it again He still had no received any reply from the ad agency about the letter he left. Later one evening the commercial, according to him, played again. He later decided to see if the commercial was for a dealership in the local area. So he made a similar request that he had made to the national agency and asking if they would give this letter and his number to her, and then she could decide if she wanted to call or reply.
So, she said she was very curious after learning that he had made several attempts to locate her, and a bit of flattery I suppose that someone would go to the lengths he had to contact her. She decided after a few days to call and she confirmed that she worked at the dealership. She did not reveal where she lived. He continued to call and then after a while she agreed to have coffee with him at the agency nearby. She said he talked about his life and the foster care kid that he was in the process of trying to adopt. He talked about all of the accomplishments he had made, where he had gone to school, etc. etc. He had a long list of assets cars, trucks property and so forth. I became a little suspicious and I just wondered, “Who was this person and what was his game plan?”
So, over time they went from coffee to meeting him for dinner. And then later that continued into what I thought was a relationship; but which I was very leery about. First, he called and then I talked to him and I had never met him. And the thing that bothered me most was that he talked too much. He had too many things for anybody who was that age. Houses in several places, cars, trucks, you name it he had it. So one day they decided they went from coffee to having dinner and she got dressed and she looked radiant. I was really concerned and hoped that he was real and not some kind of person that no one wanted to meet.
So as time went by and they dated a few times, he had agreed that they were going to go to Las Vegas and he asked her to pick up the tickets. She said she did, but then she cancelled that and told him to pick up the tickets himself. The story went on and then the day they were supposed to go to Las Vegas, she was going to meet him at the airport. She got a call to say that his grandparents were in a horrible accident and someone had been killed; I don't know if it was the grandfather or the grandmother. I was still very curious about this person and then I told my daughter, "Call him and tell him you want the name of the funeral home because you would like to send some flowers.” We did not hear from him then nor since.
I often wonder what was his game plan. I think that she had this feeling after awhile that he might be a pathological liar, but he was charming and they went out for dinner. You could tell that she might be interested in him, but I'm often weary of this kind of person who lies. And I knew he was lying because nobody, almost nobody could accumulate that many things in such a short period of time. That was the first clue, he talked too much. As we talked I would just say, “That's a lot of things for somebody his age to accumulate” or “Have you heard this? Why haven't you met any friends or he hasn't said anything about his friends or his family?” And that put her on alert.
I knew he was lying, I just knew it from the beginning from what he said he had done. You can never tell what the game plan is for these people, you know; you never know. 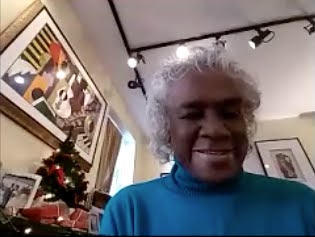 Who Is This Person?

A recent story, that was Francis’, reminded me of my first encounter with a pathological
liar. I was in my 20s and a member of a large choir in Toronto. I lived quite close to the practice venue, so I would walk there and back for our weekly Monday night practices. Sometimes I would walk home with other choir members. One of the young men always seemed to be going the same way as me. So we began walking together. Nick was quiet but charming and engaging. Over the course of a few weeks, he began to tell me about himself. He told me owned a horse farm in the South of France which he visited frequently. Initially, there was nothing definitely unbelievable in what he was telling me. However, over time, more details of his supposed family wealth and renown emerged. When the world famous guitarist, Andres Segovia, came to Toronto to give a concert at Massey Hall, he reportedly stayed with Nick’s family. I began to grow suspicious. A small singing ensemble that I was asked to join happened to include Nick who was a very good tenor and a good musician. We met at members’ houses.
One time we met at Nick’s house. I was curious about where he lived after all the grandiose stories. He lived with his mother in a tiny somewhat rundown house on the outskirts of Toronto. I wasn’t totally surprised and this confirmed my doubts. Over time, I had lots to do with Nick. He married a lovely young woman who also sang in the choir. I was briefly in a recorder ensemble with him. One week he didn’t show up. And the group organizer told me Nick had been asked to leave the group. I never found out why. A few years ago, I met another man, ironically also a musician, who had many grandiose stories to tell. It was true that he was an accomplished accordion player, since I heard him play. Having had experience with one pathological liar, my antenna went up when D talked about his musical career and other things. He had studied from a young age with the most famous accordion player in the USA, who happened to live in his neighborhood. He also said he had been a soloist with many world famous orchestras and his mother had played the organ with the Philadelphia Orchestra under Eugene Ormandy. Very strangely, Andres Segovia was also a figure in his story. His brother had reportedly studied with this famous guitarist in Spain. To be fair, before writing this, I googled him, and came up with nothing to back up his stories. Not to say some of them aren’t true, but when everything someone says is a form of bragging and peppered with “the greatest”, “world famous”, and other superlatives, my pathological liar antennae goes up.
I just had a very good story that was just that, you were suspicious after a while of all the
grandiose stories, and wealth, and you know too much bragging right. 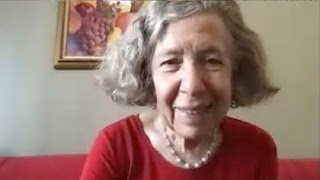 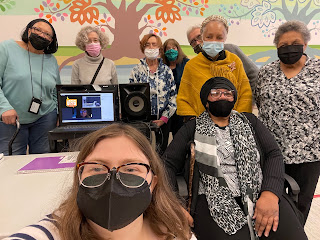 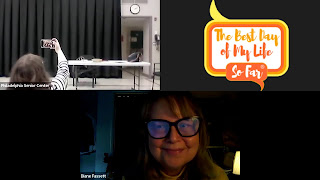