Best Day often has nurses coming in to check on the older buds, offering their services in the lobby to people who have difficulty going to the doctor's for one reason or another. Two of them, Simmoune and Kaitlyn, decided to come to Best Day to share their stories. And wouldn't you know it, we had one of the largest crowds since the pandemic started! We had a total of thirteen attendees, three on Zoom and ten in person! You can see Simmoune and Kaitlyn writing below, and we should have their stories ready in a few weeks' time! 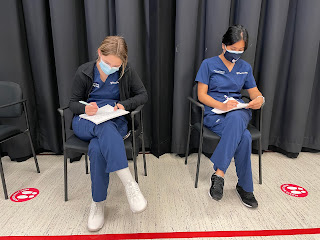 In honor of their visit, writing, and contributions to our older buds, we've posted stories honoring healthcare workers:

There was no testing at that time. My husband was like the first person to go through the drive by testing, or maybe he was the second. First or second person at Jefferson Hospital. His doctor said “You should go get tested” because he had symptoms and that was in March the 12th or something like that. And the doctor said “There’s nowhere to get tested now, but later in the day they’re supposed to be opening a drive-by clinic at Jefferson.” And sure enough, the doctor called him at four o’clock and said “They’re open.” So we got right in the car and drove over there. And they came out in hazmat suits and tested him. And yeah, that was crazy.
We were the first people anybody knew who had COVID. We were like superstars, everybody in the world kept calling us. I mean, thank god he recovered right away. Mine lasted for two weeks and his was gone in no time at all. But he gave it to me, I think. 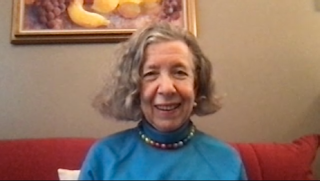 Having a small business in Ciudad Juarez downtown was very crowded, dangerous and amazing. Our store was full of shoes, sneakers, baseball caps, T-shirts, underwear etc. and the front part near the sidewalk was 100% open so the clients could enter or exit at will.
We were surrounded by businesses that offered the same merchandise to the public, so the competition was very hard and sometimes violent. In front of us across the street there was a small restaurant, a store of electronics and in the corner an ice cream business. And in front of his lollipop store there was a newspaper and magazine stand. The person in charge was a small woman, Dolores, who was a hard-working woman. Her husband Pedro was a tall, corpulent, good for nothing violent, crazy, drug addict.
One of those days at noon I was speaking very freely with one of my neighbors who happened to own a drugstore and I called him ‘Doctorcito’, little doctor. We decided to stand in the street in front of my store to take the sun and joking with no preoccupation at all. Our innocent time ended when Pedro the crazy drug addict crossed the street and walked toward us armed with a big stick. It looked little in his huge hands, but it was 4 feet long and 3 inches wide.
As soon as he arrived, he yelled, “So you think you are very important people because you own a business, I’m going to break your bones just to show you what you are.” The threat was very serious because 2 weeks before I saw how he attacked my friend ‘El Abuelo” with the same stick and now The Abuelo ended up in the hospital.
I was in panic, but no word came from my mouth and no movement indicated to escape. Suddenly my friend El Doctorcito spoke with a clear and conciliatory voice. “No Pedro, you are not going to hurt us, you know why? Because we are friends, we are equal, everybody is equal to everybody and we live like a family because we are family”. Pedro was waiting for something else and what was perplexed about Doctorcito’s speech. He cursed, frustrated, and returned to his corner.
I praised the Doctorcito’s intervention and told him, “If you didn’t intervene for sure we will at this time be in the hospital.” We laughed and continued saying jokes. 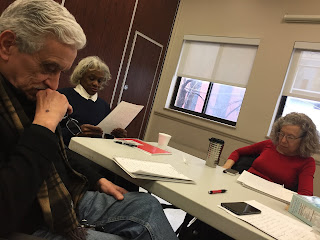 BlueJeans is the name of Penn Medicine’s virtual teleconferencing system. The first time I used it I was amazed at how simplistic it was and I was very, very thrilled with being able to use it. My first teleconference was with my primary doctor. The fact that I wasn’t waiting in the outside office for a long time was refreshing. Plus. there was no need to make the long, tedious trip to the office. I could wait online if she was running late and sip on a cup of tea until she was onscreen. I appreciated the convenience of being at home and felt very relaxed as opposed the stress I experience getting there.
My second virtual visit was with my hip surgeon; that was a piece of cake. We finished in less than 10 minutes. I only waited for 15 minutes for him to come onscreen. The last time I was in his office I waited over an hour and he was so busy that he was unable to see me or the other people that had been waiting for almost two hours. So, I was able to return home, but I was very frustrated because you have to wait almost a month or so to see him.
This time his attendees got him out of his last visit, he jumped on the screen, we talked, and our visit was over. It was great. I really applaud the new technology. In my opinion teleconferencing is here to stay and kudos for all the work that IT and everyone else is doing to make life much easier and better for all of us who have doctor’s visits and really; if we’re not suffering extremely bad we can avoid having to do long trips. So, I really enjoyed being on their teleconferencing system and I’m looking forward to seeing my doctors in the future on that same system. It was a breeze. 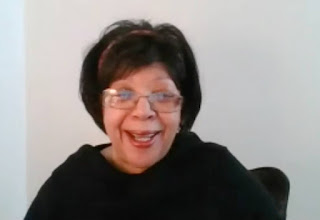 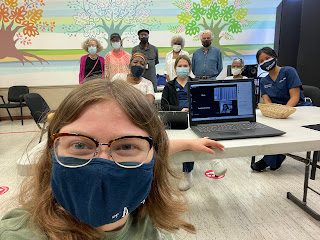