September 15th to October 15th is National Hispanic Heritage Month! A month dedicated to recognizing the contributions and influence of Latin Americans to the history, culture, and achievements of the United States. In honor of this holiday, we're featuring stories from older buds Cida and José this week:

I Once Died, But I Came Back

It was Carnival, 03-11-1983. I went on a trip with my younger daughter. Our first stop was to be in Macin, AL. It was past lunch time when we arrived at the hotel. The beach was sunny and beautiful, so we decided to spend some time checking out the warm sand and water and just have dinner.

Going back to the hotel meant that we had to take a shower, even before resting up in our room. We were told to use a bathroom in the downstairs area, which seemed to be out of use, and good only for showers. I noticed that the electricity was off, and saw a switch by the showerhead, way up, near the ceiling.Trying to reach it, I stepped on the sanitary vaze, unaware of the fact that it was very old, very dirty and also unattached, completely loose from the floor.That is when it turned around and I fell with my lower back on top of it…I only saw blood running and my daughter screaming for help wildly.They took us to the hospital, but, as I said, it was Carnival- No doctors there, there wouldn’t be any for 3 days! Many interns gathered around to help me, but they had had no experience with that kind of wound.Nurses were telling them how to go about stitching- how to prevent tetanus, etc., etc.As soon as I was allowed back to the hotel, about two days later, the stitches were already coming loose and breaking. It was the first infection.After seeing a private doctor, I contacted a private nurse to come to the hotel, clean me up, change the dressings and apply the medicine daily.Meanwhile, my family in São Paolo kept trying to get me a flight back, what couldn’t possibly be done anytime soon, because airlines were all booked on account of the Carnival.They finally got me a ticket for two weeks ahead. No matter how I tried to take care of myself, having to lay in bed day and night, the infection only increased.My daughter was taken from me, and went to stay at the house of the hotel owners.If not for the kindness of many people that were staying at the hotel and came over bringing food and drink to me I would have starved. The stink in the room was unbearable and cockroaches infested all sides of the bed and bathroom.I was in and out with high fever, but never stopped praying, asking God not to take me this time, because who would take care of my 2 daughters.I don’t know if I finally gave up, but at one of this “outs” I passed, and crossed something like a closed bridge.On the other side, which was bright and beautiful, a tall man came to help me. He was holding me for a while, as we walked ahead, kind of instructing me that I should go back.I did come back, and it was then that I promised to bring my children to the U.S. to guarantee that they would have a good life.In 1986 we came to the U.S. for good. 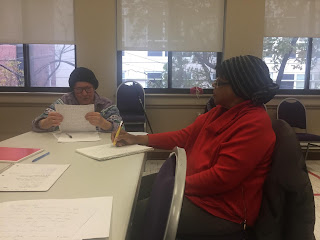 José Dominguez
09.03.2020
Julio, a Man With a Mission
This is a story that I wrote last week because I went to visit my friend Ernesto that week at the market. Because of the Coronavirus I was cut off his presence, but only physically. At last after 6 months of not visiting my friend Ernesto I went this past Saturday to pay him a visit at business at the Italian Market. As always he was very busy and between customers. We sustained an updating conversation everything was okay and he asked me to buy coffee for the two of us. When I returned with the coffees a few minutes later an old friend of ours arrived. It was Julio, who brought with him two extra cups of coffee to share with us. Well that's alright. It was a very happy moment to find myself surrounded by my buddies. Ernesto was helping several clients so I spoke mostly with Julio.He is 52 years old. He’s a Mexican from Acapulco Guerrero more or less of my same height but with a slim body strong and hard as a rock. When he speaks always has a grin and bright smile that transforms his face and makes him a very enjoyable person. He speaks orderly, taking his time to put his thoughts in sequence. I ask him, did he receive any money from the government now under the pandemic crisis? He took me to a more empty space near the refrigerators to explain to me the details of his situation.“Let me tell you Pepe that for the moment I can't receive any help.” And describing how 5 years ago he was assaulted one night when he was going take the bus to return home. Two guys one with a knife and the other with a gun took his wallet with money and documents. He managed to throw away his phone but received a hard punishment in his left side of his head mainly in his ear that was hit with brutal gun force that made him bleed profusely; he almost fainted. But thank God the bandits opted to disappear. He recovered his phone and asked for help to the police who made a detailed report of the assault. Later he was informed that he could use the police report and the medical certification to present a petition for a certain kind of application for permanent legal residence. He had to hire a lawyer and submit lots of papers but had the chance to include his wife and his youngest son. They told him that in 5 years his case would be solved very likely in a positive way. So, he is waiting for the final resolution to be notified this year.Knowledgeable about the regular hardships that illegal immigrants suffer explicitly by Latinos, and I ask this because I suffered that kind of exploitation as well expectation at El Paso, Texas. And I don’t want to give a lot of details for that, but for me it’s a very common experience that many Mexicans are exploited by Mexicans, not exclusively by Americans.And he saw me straight through the eyes and laughing said to me, “No, no, no, no. Not at all my first job that I spent 5 years was in a pizzeria owned by a Moroccan. I worked really hard and my boss loved me because of that. One day he asked me ‘Julio why did you come to America’ and I told him, ‘To work, I have 3 sons and they want to study. I was working in Mexico as a baker in a fine business but my income which was good was not enough to pay for University studies. My oldest son who is a very good student was accepted at the medical school but I didn't have the means to support him. My wife and I suffer and cry tears of impotence and eventually decided that we had to split. She would be in charge of the family and I will be in charge of the money. I love to work and work will have to be the solution; but not in Mexico. So I came to America with a tourist visa and here I am working hard.’Then my boss continued, ‘Now you don't speak English but the time will come that you will manage to function as an English speaker. That's no problem. Then you will have lots of talking. That will increase. But let me tell you are now with a good job and you will find lots of girls of all colors. They are very easy to find. If walk to any bar lots of them are waiting there to find some guy with whom to companion. Beware. You have to see in the commitment you have with those guys in Mexico. They depend on you don't betray their dreams, they trust you.’ Since then I work harder than ever. My boss rented me a very small house and since then all my money goes to my dear family. Every day then I spent with them a videoconference and my son now is a physician and my daughter became a nutrition specialist. My wife and I love and respect each other as if we were present face to face.”“I tell you Julio,” I ask him, “Have you ever needed physical contact with a woman?”‘Of course,’ he says, ‘But I always have in mind that sex is not enough to make me forget my responsibilities. Even when I have been offered it with the legal expressions by girls I have met. But it was not necessary. Those thugs that beat me so hard gave me the chance to stay in America forever. And the first thing I will do is to bring my wife and youngest son to live with me. After 12 years our family dream will come true.”I gave Julio a bright smile and a big hug. 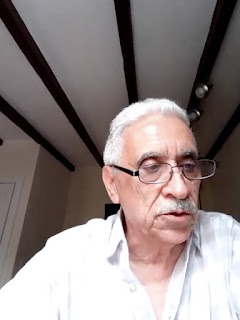 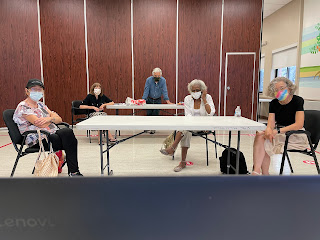