Send Us Your Stories (Liz and Jewel)

Best Day Recently changed its story submission forms. We have one easy submission form for people to submit their story quickly, and one form for people who are keeping track of how storytelling can improve an older bud's memory. I tested both of them out today, and they both work well. To show you how easy it is to submit and share these stories, I'm sharing the stories I submitted through these forms just two days ago:

Not knowing where to rent a room in Montreal, what vicinity or what neighborhood was bilingual- I knew very little French. Finally, one evening going for a walk and to find an English newspaper, I met by coincidence one of my professors from Temple University.We talked and had a drink at a nearby café and he asked what brought me to Montreal. I told him that I was hired by a manufacturer in the English part of town. They need an English-speaking secretary. He directed me to the Muslim, African neighborhood. Most of the students were from Gambia and Senegal, spoke lovely French, marvelous cuisine; I loved especially their peanut sauce.I navigated the wonderful metro system and in the underground shopping at every station. Eventually I became very close to the guys and gals from West Africa and enjoyed the festival of the Holy season of Ramadan, the camaraderie almost made me a convert.Enough of he the letters traveling across the seas. It was reported that there in the village of Gambia was a reporter from New York trying to locate his ancestors and hopefully write a book. Later I found out that the reporter was Alex Haley. The book he penned was Roots- later to become an Emmy awarded movie series. 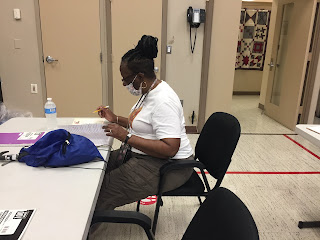 So, I was hit by a car and broke my tibial plate in November 2020. I was in rehab until January. When I got home, I found this letter from Spring Garden Towers which said that if I wanted to stay on the waiting list I needed to call by a specific date, a date which was before the day I got home.So, I called Spring Garden Towers and they said they had a unit for me! I was hopping around on one foot using a walker, but I was overjoyed, ecstatic. I had to pack, get together all the paperwork I needed and prepare to move all in less than 2 months.So, with the help of church friends I packed. Also, I was given clearance to walk on my foot later in March. My sister recommended a company that would pack, move, and unpack seniors. So, it seemed like forever, but my apartment was finally ready.After I moved, I began the process of selling my house. My first realtor was awful, doing almost nothing, so I fired him and found some real South Philly realtors. Eventually we started a bidding war which led to the sale of my house. That was Friday. Then today, unexpectedly, my realtor tole me the buyers changed their mind.Strangely enough, I am okay with this because they weren’t the buyer of my dreams. In fact, I was experiencing buyer’s remorse as I am pretty sure the buyer’s plan was to rent the house.So, again I will be looking for a buyer for what I hope will be the house of their dreams, just like it was mine. 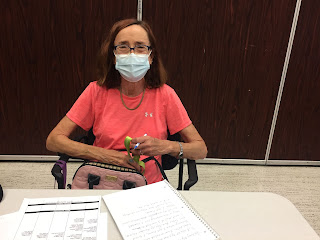 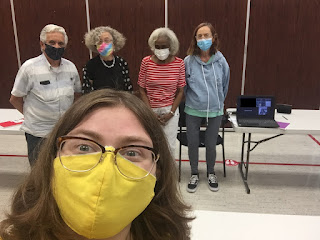