One of the challenges of doing Best Day in person is the air conditioners. Many of our older buds have hearing loss, have hearing aids, or are based on Zoom. Air conditioners can make speech difficult to hear if it's loud enough, and it's particularly loud over microphones and hearing aids. Last week, we toughed it out, but this week it got frustrating. We couldn't turn it off, so we had to move to another room. So if our photos look a little different this week, that's why! 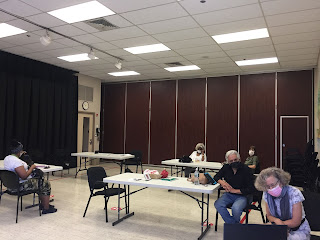 If you need entertainment, just for a few times, listen to one of the Judge shows. Not the ones that are trying to get the father tested for parental for parental rights and whatever they need or just to get on the TV.
I met a young lady that worked in our coffee shop who wanted to get on a show. She was trying to get her significant other, who was the father, to say he was not sure so she could appear on the show. He refused, so I guess some of the guests on that show may be suspect.
My day of entertainment came when an elderly gentleman did not want his neighbor parking in front of his house, a main, public street, that was available to anyone who wants to park there. He had a driveway to his house, but he wanted to park in front of his house and didn’t want anyone else to park there.
The court case was he was accused of keying the neighbor’s car because she was parked in front of his house. He maintained his reason, that if he drove from the street, he did not have to turn his head in both directions. Finally, the judge asked how he could amicably solve the difference since the lady had a legal right to park on the street that was in front of his house. He replied that she not park in front of his house, a hilarious moment.
He of course lost the case. Then he finally said, “I guess maybe she can park in my driveway, and I can continue to park in the street.” I guess he would be back in Court again. 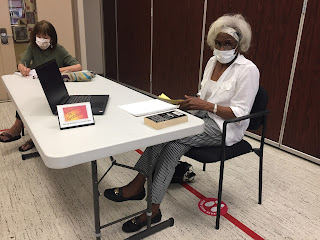 One of those days of Spring 1972 I decided to end my brief career as a lawyer, and this story is to describe how my exit from that professional path was more than imminent. Well, in reality I never had been 100 percent lawyer. At that moment I was mostly a full time educator teaching among other subjects “Introduction to Mexican Law”. One of my former students, Julia, solicited my services as an attorney because she was fired for no reason by her boss Mr. Carballo. He was a plant manager that had the sadistic pleasure to humiliate and take advantage of his Mexican employees; he supposed that being Argentine by nationality was enough to do whatever he wished to mistreat the workers. Julia had a lot of information because she used to be the Manager’s secretary and thanks to her job she had the opportunity to meet personally the factory owners. I accepted the case and filed three lawsuits: one for tax evasion, a second for fraud against the workers and a third for firing Julia. All documents were perfectly translated into English and delivered to the Company owners back in the USA. Idle to say that the case became a very important one. It’s necessary to comment that Ciudad Juarez was in those moments a turmoil of foreign companies, mostly American, that desired to take advantage of the low cost of operation if they functioned as Mexican companies. One key person in that process was Federico Barrio Terrazas. He was a high profile entrepreneur who was the principal promoter of those foreign companies into our border city. His job was to facilitate all the requirements that those businesses had to comply with and minimize any obstacle that may obstruct their operation. Mr. Barrio used to be the former director of the Technological Institute where I was in those days working as full time employee. He was in Ciudad Juarez and El Paso Texas a very prestigious and powerful person. One day while working in my school I received a phone call of a secretary from the company PROMEXA. Immediately I acknowledged it was the organization where Mr. Barrio was the top manager. She told me, “Mr. Dominguez, are you available to attend to an interview with Mr. Federico Barrio? He needs to speak with you.” Idle to say that I was more that willing to meet him and also intrigued about why so important a business executive was looking for me. I answered, “ Tell me the hour and I will be there.” She told me, “It’s going to be today at 8:00 pm at the main office at the PROMEXA organization.” I knew that company and some close friends like Marcos Alvarez worked there. At the accorded hour I arrived for my appointment. A very gentle secretary conducted me to his office. The room light was not so bright but enough to identify our faces. He was working some papers and a desk lamp was focused in his working space creating a contrast between both illuminations. He stood up at the same time that extended his hand for a greeting he said, “Mr. Dominguez, a pleasure to meet you. I had the chance to meet your brothers that work for our factories. Please seat down.” Without losing a second he continued speaking, “It happens that you have the legal representation of a worker in a labor case against one of our customers, Mr. Carballo. That case is very important to us…we acknowledge you have done a very good job. We respect that hard work of yours and want to pay for your services, so please tell us how much is the cost of your professional services…we are willing to pay your legal fees and expenses.”
“A bribe!” I thought, “ This guy is protecting his client, offering me money to betray Julia.” It didn’t surprise me, I guess it was part of his job and also was an example of his ruthless efficiency. I responded, “I’m not looking for money and frankly that’s not my purpose.” With out showing any surprise he asked, “May I know what’s your purpose?”
“Well I guess you know the case, it’s against Mr. Carballo as you just mentioned. He's a plant manager that uses his prerogatives to exploit and humiliate his employees and operators. I’m only representing Julia but there are more people offended…if you want to know what is my purpose it’s that Mr. Carballo be fired and returned to Argentina to find among his compatriots workers to exploit, as he is doing now with those poor Mexicans.” Federico listened attentively and looking at me stood up and walked towards the door indicating that the interview was over. Before I left he said in a soft and sententious voice: “In regard to the legal case…We are going to win. Have a good night!” I left that place. In that moment it was clear for me that I was not only litigating against Mr. Carballo but against a total system of powerful intertwined interests. I thought: “I don’t know if I will lose the case, but for sure I will not loose my dignity.” 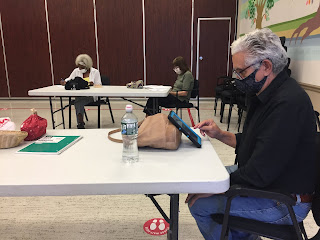 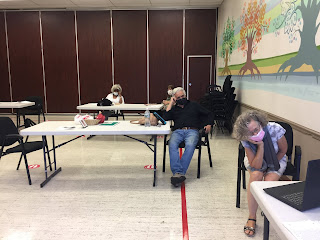 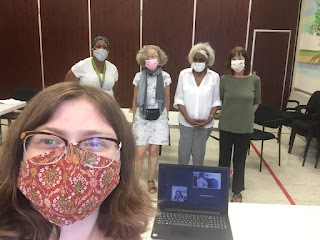