Well, last Tuesday was our first day back in the Philadelphia Senior Center since March 12th, 2020. It's been a long time coming, and there have been a few changes; such as the seating. 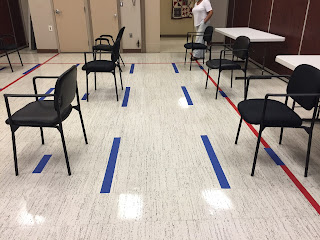 Social distancing is in place, but we've still got a full class: both at the PSC and our Zoom Room: 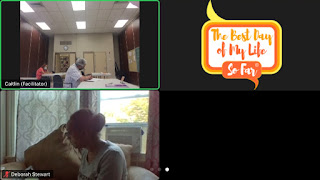 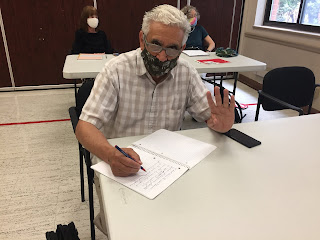 And that means we'll be have stories submitted to us on paper, which will make things easier for some of the transcribers. Especially without Zoom muffling everyone's stories. And we also have the triumphant return of older buds Jewel and Liz! To celebrate, we've got an epic tale about Liz's grandson seeking out a new life, a day out with Jewel's niece, and an Atlantic City vacation with Denise and her mom.

A Way of Escape

This is a story of what happened to my middle grandson in 1990’s.
The family was missing the grandson for a long while—too long—and so it caused us to start checking all possible facilities in the city to no avail. After a while, about a year and a half later, not too soon, his mother, my daughter, received a postcard from Tokyo, Japan from the missing grandson. The assertive young man at 19 had a powerful build, six-foot-two, two hundred and fifty pounds, an excellent athlete in high school, and a strong competitive game player online. The best day of my life that year, we spoke to him by phone. His friend in Japan, another game player, invited him to visit and made him gain employment there. The host family paid his transport and he landed in Tokyo, warmly welcomed, and his dark complexion did not deter his opportunity for employment with the security company. The employer trained him in basic martial arts. Later on, we learned that he had a basic command of the language, and that landed him another position in Kyoto as a personal bodyguard for a well-known Osaka celebrity. Of course, the family all breathed a great sigh of relief, realizing that the grandson living in Philadelphia did not have much chance of survival, he made his own escape. The grandson is now a living example and role model for his younger siblings and neighborhood youth. They don’t have to live under siege. 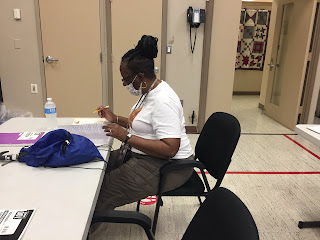 A Day With My Niece Noelle

One day in around 1997 my nine year old niece came to visit me in my apartment in South Philadelphia.
Boy what a day that was! I hadn't spent a lot of time with Noelle previous to this visit, so it was quite a surprise for me. My apartment was kind of cluttered so I watched as Noelle picked up pieces of jewelry, different wigs and a boa, playing dress up. She pranced around making various poses, giggling all the while.
Then we went to my job as it was a work day for me.
I worked at a small retail store called Earth Bound. We carried unscented lotions and we had a huge circular rack in the middle of the store filled with perfume and every scent you could imagine.
So when we got there of course Noelle when right up to the cash register and pretended that she was the cashier. I was like, “Oh my! How can I ever handle this child?”
In the end, that didn't matter. We both had a great time, even though I'm sure I was the only one who remembered it. 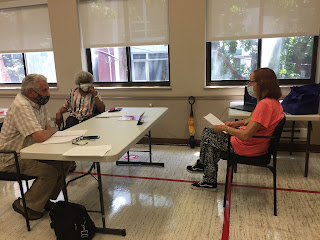 Atlantic City in the 60s

I want to talk about, as a child my mother would travel all of the time.
The one place we really enjoyed is Atlantic City, but we enjoyed Atlantic City back in the 60's. It was completely different from what you see now. There certainly weren't any casinos there. It was a very family oriented environment.
We would stroll along the boardwalk, buy saltwater taffies. I would get on rides at the Steel Pier. And of course the beach was a big part of excitement, enjoyment.
And we would go to a bathhouse, its called Irene's Bathhouse. We would go to Irene's, you’d pay something, you get to change into your bathing suit. You would leave your clothes in the locker, go out to the beach, have fun.
And then when you came from the beach you'd be sandy and and grimy and you would be starving to death. So the good news, at Irene's you could always take a nice shower
put on your new clothes and then you’re going back out to the boardwalk.
At that point we would find wonderful things to eat. If you wanted a snack it would be everything you could imagine popcorn to cotton candy, anything you can imagine was there to eat. The french fries were the best. But dinnertime was especially the best because we would go to this place at the very end of the pier, it was called Captain Starn's.
Captain Starn's was a seafood restaurant extravaganza. It had every type of fresh seafood there, it came right out of the ocean, of course right there was the Atlantic Ocean. So you could get clams, you could get fried shrimp, Anything you could imagine they had. Also at Captain Starn's it was great that after eating—remember we're all clean and fresh, we don't have that nasty, yuck sand on us—and the we would go get a boat ride. Captain Starn's was on a pier they would have fast boat rides, and then they would have the slow cruises. So when it was hot we would love, what's called the speed boat rides because you feel the waves, the wind and the breeze from off the ocean while you’re moving quickly on the boat. So it was just wonderful. Or when we wanted to relax we'd get on the sightseeing boat that was about an hour and a half but it was more of a cruise, a slower pace. Either way it was fun.
Then of course we'd go to Fralinger’s. Fralinger’s was a place that had salt water taffy, they had the fudge. I'm trying to think of the place that we got the fudge but I think it was steel Pier 2. The fudge was delicious. We would always want to take back souvenirs of water taffy.
I think I covered it, pretty much. But the idea, we stroll on the boardwalk we would stop at various shops and concession stands but going to Atlantic City was perhaps one of the best. And there was an Apollo Theater there was entertainment also, and the Planters’ Peanut House and the Easter parades. Going to Atlantic City in the 60's probably early 70's before the casinos came was perhaps one of the happiest experiences of my life. Sometimes when I go now, even thought I’ve enjoyed some days in the casinos, I don’t enjoy what is. I go all the way back to what was.
The End 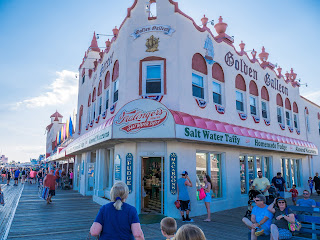 If you want to transcribe for Best Day, then email us at info@bestdayofmylifesofar.org. You can also share our older buds' adventures by donating to Best Day, subscribing to our newsletter, sending a note to our older buds, or following us on Facebook, Instagram, and Twitter. And if you or the older buds have in-person stories, then you or they can submit stories through our portal right here. We're especially interested to stories from Black older buds, but we're always looking for stories from older buds of color, older buds with disabilities, LGBTQIA+ older buds, older buds of any gender or sex, older buds of any religion, and older buds who just plain break the mold.
And don't forget to maintain contact with the older buds in your life. If you can't be there in person, please call them, email them, or message them on social media. And if they're using teleconferencing or remote events for the first time, give them a call and help them set things up. Check in on them to see how well they're getting used to these programs. Buy them a computer or an internet package if they don't have one of their own. It's a human right, after all. 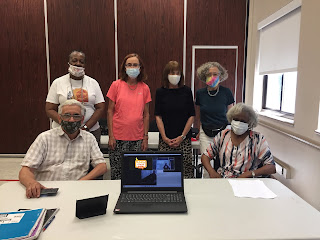