After the Black Lives Matter protests of June, and the storming of the Capitol by White supremacists, Black History Month is more important than ever. Every year there's another Black historian, artist, scientists or activist I only just learned about, like Lewis Howard Latimer creating the filament that made modern light bulbs so affordable in the first place. This year in particular, I want to share stories about Black older buds confronting racism and campaigning for a better future.

Remember when we discussed that, I remember in the 1990’s I was affiliated with a mental health consumer advocacy and I was an advocate for mental health consumers. And when I was with this agency, we decided that most of the colleagues, friends, and acquaintances were mental health consumers themselves, and we found that the services that were meted out to special people such as the consumers were not adequately covered by insurance companies or the state department as they covered services for people that had physical issues. So, we gathered ourselves- the social agencies, consumers, and advocates, and we protested. We marched- and this was the 90’s, 1990’s- we marched to the federal building were congressmen were seated. We protested there with the, “What do we want? Justice! When do we want it? Now!” And then we gathered our transportation to Harrisburg with the same protest to the state department, and then we moved on to Washington D.C. and we stormed congressmen’s offices, and eventually asked and demanded services for the mental health consumers. However, today, 2021, mental health consumers are still underserved and not all are homeless or poor or minorities. But, as of January 2021, middle America and your president is definitely underserved for mental health treatment as we witnessed when the United States Capitol was assaulted January 2021 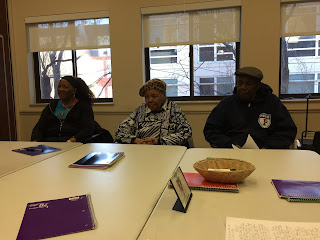 When I was in the army in the Republic of Panama from ’65 to ’67, I was a military policeman. When I came back to Philadelphia, I spent three years working in a state-run reformatory. After that, I was a juvenile probation officer for a year. After that, I was a parole agent for a year. So, I’ve worked around law enforcement, both in and out of the courts, in and out of the roundhouse, in and out of the prisons, and you know for investigations and what not. So I have a great understanding about the mindset of law enforcement personnel. You have way too many that harbor deep-rooted prejudice, and I don’t care how many sensitivity sessions they go to, they still- maybe not most of them- too many of them harbor this prejudice. Now, I really and truly understand because in my lifetime, understanding the mindset of your law enforcement folk, in my lifetime I have had the police pull weapons on me five times. When you look through the barrel of those pistols you see your whole life before you. Twice in Philadelphia, once in New Jersey, and twice in Atlanta, Georgia. And I have no record at all, and each time those weapons were pulled on me I was in an isolated area. It was only through the grace of God that I’m here today, because there were no cellphones around. This is what the climate is and this is what is being projected from the top. We all know and have an idea the so-called President Trump is trying to divide the nation. When was it? It was Charlotte, Virginia when he said the Nazi people were good people, and then a couple of weeks ago, the near west when you have the white supremacist go into the State department brandishing guns and they’re good people. This is his mindset. Now, I’ve read somewhere and I truly believe that both his parents, this has been documented, were of the Ku Klux Klan. That is his mindset. I’ve had weapons pulled on me five times, a lot of other things have happened, so we are up against a wall. Because I really and truly don’t think that the law enforcement people are going to all of a sudden do the right thing, and I’m going to close with this. Several months ago, under the secret online location, over a hundred Philadelphia white policemen had a hatemonger type of dialogue going on about blacks with negativity to blacks. And then when they bombed Move, on Osage Avenue, nothing is said about that. Not only did they bomb Move, knowing that explosives was on the roof and I don’t think you can use the term alleged when the lone actor tried to come out and six kids had to go back into the house and perish because of the burning. And what about all of the houses that burned down? And no one was accountable for that and no one went to jail. We forgot about Move. When the looting, which was a horrible situation, but what about that looting? Thank you. 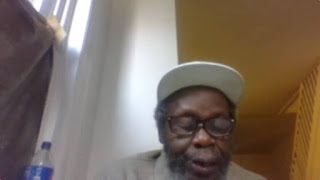 Eleanor, that was interesting when you were saying that the guys never addressed you as a proper young woman. Always by your first name. That was interesting because I remember my mom talking about in the South, Black women who took care of these White kids and they called them by their first name, and when they grew up, the white kids grew up, they called them “aunty” or “uncle.” They were never “Mr.” or “Mrs.” And so there was a religious group that came around and came to the door my mom said, and they said you know “Miss” or “Mrs.” So she called somebody to say, “Come and hear somebody address us other than as ‘aunty’ and ‘uncle.’ You know, you play with these kids, and then you get old enough,” she said, “and then you’re supposed to call them “Miss” and “Mrs.” And then they call you “aunty” and “uncle.” Never “Mr” or “Mrs.” That was customary in the South. 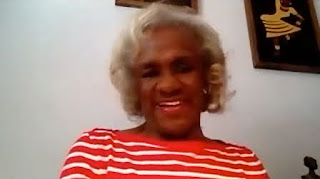 If you want to transcribe for Best Day, then email us at info@bestdayofmylifesofar.org. You can also share our older buds' adventures by donating to Best Day, subscribing to our newsletter, sending a note to our older buds, or following us on Facebook, Instagram, and Twitter. And if you or the older buds you know have stories for Black History Month, then you or they can submit them through our portal right here. We're especially interested to stories from Black older buds, but we're always looking for stories from older buds of color, older buds with disabilities, LGBTQIA+ older buds, older buds of any gender or sex, older buds of any religion, and older buds who just plain break the mold.
And don't forget to maintain contact with the older buds in your life. If you can't be there in person, please call them, email them, or message them on social media. And if they're using teleconferencing or remote events for the first time, give them a call and help them set things up. Check in on them to see how well they're getting used to these programs. Buy them a computer or an internet package if they don't have one of their own. It's a human right, after all. 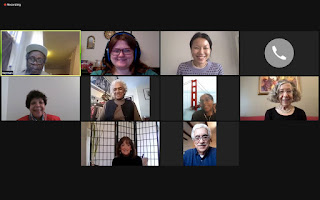