Five months ago, The Best Day of My Life So Far put out a call for transcribers for our written and recorded stories. We brought on two wonderful transcribers, Dalla and Devon, and they’re responsible for the stories in most of our blog posts. Yesterday, Dalla announced that she’d been hired for a new job and wants to take a break from Best Day until she gets settled in. Either way, I wanted to thank Dalla for her five months of transcription by highlighting stories that she had transcribed:

Carolyn Boston
07.09.2020
Live In the Real
I was just reflecting today about how grateful I am to be alive. During this pandemic I’ve had time to reflect on what life is about and what the purpose of life is, and how much I value life, and how precious it is to me, and how fleeting it can be. I reflect mostly on my mortality, and the mortality of others. And it is a glare in all of our lives – we realize how dangerous others can be with their lives. If you don’t know the purpose of a thing, you’ll abuse it, and that’s a quote from a pastor I knew years ago. And I see so many people abusing their lives. I also see there’s a tremendous amount of fear- a thread, maybe a cord, not a thread but a cord of fear that is running through all of this nation and literally the world because of this pandemic. The thought of death is something—before this pandemic, we used to think about if there was a death in the family or we had a funeral to go to of a friend or a coworker. We thought about those things, we thought about death when we attended those funerals. But when we left, we went back to our lives and we didn’t think about death that much. However, now with this pandemic we not only hear about it, but we see it every single day.
And then there are issues with murders, violence ending in death, and suicides. Sickness ending in death. So every day I know myself, I think about my mortality, as I am sure many others do. Death has never been more present, or real in our lives now. I believe that the bizarre and erratic behavior – other people that we see on television – they’re acting out of the fear of the unknown, because they don’t know what’s coming. They don’t know what’s going to be. So that fear has fueled a lot of bizarre and erratic behavior of the people that I’ve seen on TV. Those that are congregating in clusters, and not wearing masks, and not wearing their gloves- it appears that they’re taking everything in light of the pandemic . I remember very clearly seeing a young man say, “Well if I die, I die.” And I thought about the quote of one of our famous forefathers and one of the things he said is “Give me liberty or give me death.” So when I hear people say “Well my liberty is being from me because I have to wear a mask, and I am an American!” And I thought about that quote- “Give me liberty or give me death”, because many may end up in death, but they chose liberty.
So I see this so much and some have put their heads in the sand and said “There’s nothing going on and I’m going to continue to do as I did before,” but nothing is the same anymore, and it never will be. We have to embrace the fact that all the changes we’re going through are going to be with us for quite some time and they’re going to evolve into something I think perhaps even better (especially with the technology.) But with the fear of death, with the fear of dying, if we don’t know why we’re here, what the purpose is for our lives—what we need to be doing to help others, to strive to not be selfish as we are in this country (and that’s my personal opinion), and be arrogant about it. It’s not going to get us to wholeness, it’s not going to get us to unity. And I have gotten up every day and been frustrated, and I would not sleep, because my concerns were the people who had gone out and just behaved as it was two years ago. It isn’t, those days are gone.
The most important thing is to live in the real, to stay in the moment and understand this is real. And we will get through it. But we have to be focused on “What can we do to help other people live.” So we’re living in a very perilous time. What we decide to do, the decisions we make, will make a difference in other lives. 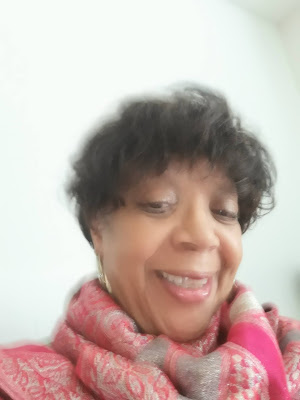 Philip Pai
09.12.2019
Story About Money
I have a friend who come from Taiwan. She told me she worked hard and saved some money for her children. She expected someday her son have good education and become a senator or president. One day I met her husband. He point to his son and said This young kid will be a command in chief in the country. Both of them love their boy very much.
In order to help their son to study in the United States. Even buy a house for their son, but their son didn’t study as well or work. The couple very sorry for their child. When they talk about their son they always cry!
Meanwhile I saw a lot of my friend when they come to United States. They were very poor, but their kids work hard and they also study hard. Years later, they have their own business and get Masters or PH degree. Every year they earn money and send to their parents who were in mainland China. The parents they are very proud for they have such a good child.
Sometimes I think money can make people happy, proud or make a family cry. It depends how you use it. 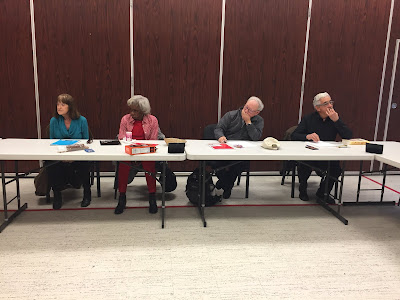 Ann Von Dehsen
05.07.2020
Balcony Visits
I don’t know if I’ve had a “best day” but the thing I look forward to the most is something I call “Balcony Visits”. And that’s because I live in a very small apartment, but it has a balcony. My daughters live nearby; they have kids, and they were calling all the time. And one daughter would call me every day as she was taking a walk with her baby in the carrier. So we were talking, and I was inside the apartment but I said “Well where are you now?” And she said “Well come out on the balcony!” So I went out on the balcony and there they were, on the street, waving and all. And she got the baby out of her carrier and put him down on the ground (he just turned a year) and he started walking. So I got to see, pretty much, his first long steps! So it was great, it was just a really nice visit, and that started a whole new theme to this. Then my other daughter started coming over. I’m only on the second floor so it’s not far, but eventually we decided I could come down on the street. We just stood like 6, 8 feet apart so it was a little bit closer. So my 5-year-old grandson began doing things like he came over on a scooter a couple times and showed me how he liked riding on the scooter. And he would sing certain songs, tell me a lot of things… and just in general we’d catch up. It makes a big difference to do it face to face.
So our last balcony visit with everybody was on Sunday. And I was down on the street and Max, the 5-year-old, had a big box. (This is a side street, there’s really no cars on it.) He went out and put this box in the middle of the street and told me “Come get the box Lama!” So I got the box and it just cracked me up, the things in it from a 5-year-old. There were two pieces of chocolate candy (very important!), there were a box of colored pencils and some random crayons, and there were torn sheets out of his coloring book for me to color. There were mosaic chips since he and I worked on mosaics together, so he gave me some mosaic sticks. A glue stick, because I was always running out of glue sticks when he was over. And the first Harry Potter book, because he and my daughter had been reading Harry Potter all through this. So he gave me the first Harry Potter book. And all along I’ve been thinking, I don’t ever really want to read Harry Potter; you know, that’s for kids and everything. So guess what? I’m like almost done with the first book! And they’re coming back on Sunday, so I’ve become a Harry Potter fan.
So that’s a good thing, out of this whole quarantine. So I guess basically I just feel extremely, extremely lucky to be healthy and to be able to see the people that I care about most. And it’s very nice to see everybody today, because I care about you too. 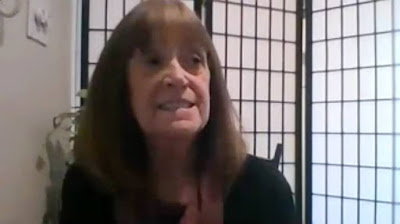 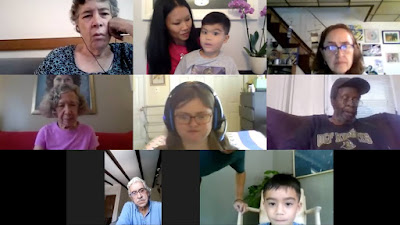 Thanks for everything Dalla, and good luck with your new job.
Curated by Caitlin Cieri
Newer Post Older Post Home