Silly me! In all the time I spent blogging, working with new transcribers, and working with Best Day to rejig the workshops, I completely forgot to wish everyone a Happy Easter, a Happy Orthodox Easter too, a Ramadan Mubarak, and a Happy Passover. To make up for it, here's a collection of spring holidays and surprises, including one new set of Easter memories from Ann. 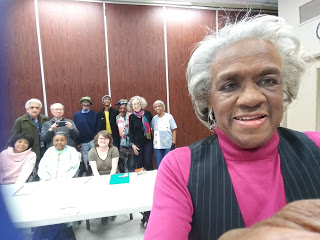 When my grandparents died, my mother asked me if I would like a memento. I looked through the few faded old things she showed me before choosing a chipped and well-used metal Seder plate, dark turquoise and faded gold. This Seder plate brought me back to my childhood and memories of my grandparents. The were Polish Jewish Yiddish-speaking immigrants who settled in Montreal in the 1920s after escaping anti-Semitism and pogroms in eastern Europe.
My earliest childhood memories are of a dusty, small apartment, filled with the smells of Jewish cooking – brisket with prunes and apricots, potato latkes, homemade applesauce, honey cake. My grandparents, Moses and Anna, had thick Yiddish accents.

Back to the Seder plate – The most exciting event of the year was the large family gathering that my grandparents had on Passover. My mother, her four brothers and their families would all descend on the small apartment. A long folding table took up the entire living and dining room with room for me and my three brothers and myriad aunts, uncles and cousins.

The Seder seemed to last for hours as my grandfather read the story of Passover. The Seder plate held the symbols of the Jews’ oppression and hardships in their 40-year exile in Egypt. Bitter herbs and unleavened bread. Even the children drank sweet red wine.

My Seder plate conjures up these sweet memories as I do my own, much shorter version of a Seder every year.

Back in 1999, my oldest daughter (Ghada) graduated from highs school in Casablana, Morocco, and she wanted to come to the United States, Florida for the university. I came with my three other kids to prepare for her arrival.

One time I was driving with my youngest daughter (Emma) by a church and I saw that they were giving classes. I stopped and began to write the schedule at this time a minister (Gary) came. He told us that they didn’t give English classes (what I thought) but bible classes. Then he asked where we ere from, what language we were speaking. When he knew we spoke French, he was excited because his daughter (Heather) who was the same age as my oldest daughter Ghada, just began a French class in high school. He then called her and asked her to come meet us. She came and after that, he invited us to have dinner in his house, he called his wife Tammy and told her to make dinner. “We have guests” he said. He came with me to the motel to tell my other daughter (Sanaa) and my son (Amine). We had a good time at dinner, he took us to visit every corner of his big and beautiful house. Downstairs, they had attached to the house, a little apartment where his mother-in-law used to live.

After dinner, he asked me how long I’m going to stay in the US. I said two weeks. Then he said, what do you think about living with us these two weeks in the little apartment. I was very happy and accepted his suggestion. He gave me the keys of his house and we went the same night to the motel to take our stuff. We spent two weeks with them.

After dinner the 2nd or 3rd day, I asked him, how did he know to trust me at this point, to give me his house keys the same day we met, even though he didn’t know anything about me or my family. He didn’t have any proof of my background. He said that he worked with a lot of people and could know the sincerity of someone after talking with him. 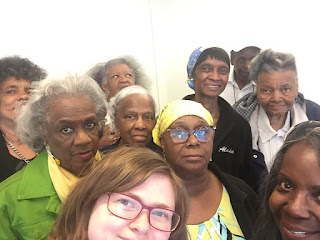 Our request was made by my two brothers and myself for three baby chicks for Easter.
At that period of time time, it was allowed to dye baby chicks for Easter. My mom said yes. She approached us again and asked if we preferred to dye easter eggs instead. We said we wanted to dye baby chickens. My mom said okay but we must keep the basement clean, spick and span. that was one of the most exciting experience we had – we each had our own baby chick.
Easter was early that year, it was in March instead of April. It was common knowledge that baby chicks that were dyed had a short life span. Well, I want to tell you, as the weeks turned into months, they began to lose their feathers and new feathers were growing in.
My mom and dad, both Southerners, were amazed. They didn’t think our chicks would last two weeks. Well, we had a rooster, and he woke my father up at 4:00 am every morning and two hens.
I overheard my mom on the phone saying, “I didn’t expect the chicks to last that long.” Her Easter surprise! 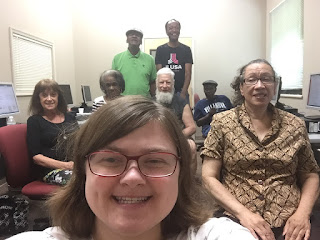 04.25.2019
Easter Memories
My childhood Easter memories included Baskets filled with chocolate bunnies and jelly beans, brightly colored eggs about to transform into egg salad, dresses with petticoats that rustled when you moved, church service filled with sweet smelling flowers & sweet smelling mothers with conflicting perfume scents resulting in lots of sneezes.
But my biggest Easter memory, for better or worse, is going to Easter dinner at Uncle Howards and Aunt Mary Margarets.  Howard was my fathers half brother more than 20 years his senior.  He was the wealthy relative who worked on Wall Street, lived in a high rise apartment with lots of oriental rugs and enjoyed cigars and women, & liquor.  Aunt Mary Margaret was Howards 4th wife much to the chagrin of my mother and other aunts who were still very fond of wife #3, Mona, currently working as a waitress in NYC.
Now Uncle Howard never had children and although he was pleasant to my sister, me, and our 2 girl cousins upon our Easter arrival it was obvious that he was not entirely comfortable.  Aunt Mary Margaret (MM for short) made no attempt to talk to us beyond “hello, girls” as she ushered us into the t.v. room, turned the t.v. on to Roller Derby handed us a basket of jelly bean-filled Easter eggs & cracked a smile as she shut the door behind her. None of us had any aspirations to compete in the roller derby occupying the tv screen, so we were forced to consider other forms of entertainment.  Our favorite activity was to write, “help! we are being held captive in apt 4c!” on strips of paper placed in the plastic eggs & dropping them out the window to the courtyard below.  If anyone found our message in this day and age a swat team probably would have shown up, but we never received any response to our messages.
We also did our share of snooping, and one year we hit pay dirt – as we pulled a box from the closet filled with Playboy magazines.  As we flipped thru those pages, we were shocked, appalled, somewhat disgusted and quite intimidated and concerned over own lack of development so far.  Overall, it was a horribly unhealthy and unrealistic way to begin our sexual development, but it sure filled up the time!
When we heard MM’s high heels clicking down the hall, we quickly slid the box under the table.  She arrived with t.v. trays adorned w/ her yearly canned pear bunny salad & pre portioned Easter dinner.
We were too young to appreciate the irony of eating our bunny salad as studied the playmate bunnies.
We knew our visit was coming to an end when we were summoned into the dining room to actually join the adults for dessert – (MM’s traditional egg shaped vanilla cake decorated with jelly beans). This was also about the time that Uncle Howard’s many martinis became apparent as he began commenting on his sister-in-laws gorgeous legs & cleavage. So before you knew it we were on our way home, free from Howard & MM for another year. 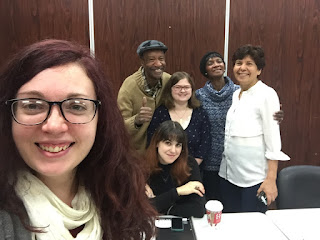 There's lots of different ways to keep in touch with the older buds in your life. If you can't be there in person, please call them, email them, or message them on social media. And if they're using teleconferencing or remote events for the first time, give them a call and help them set things up. Check in on them to see how well they're getting used to these programs. You can share your older buds' stories through our portal right here, and you can volunteer as a transcriber (completely remotely) by emailing us at info@bestdayofmylifesofar.org. If you're an older bud yourself, you can share your story through this portal right here. And if you're just plain passionate about supporting older buds and ending senior isolation, then like us on Facebook, Instagram, and Twitter, and share links to your favorite stories. And check us out on 6ABC news, too! Thanks for reading.
Curated by Caitlin Cieri
Newer Post Older Post Home