Moths to a Light on the Summer Porch (Frances)

Last Monday, I went to The Moth at The World Cafe, along with older buds José, Ann and Frances. I was especially glad that Frances came because she doesn’t like to stay out late without a guaranteed ride. It was a treat to finally introduce Frances to the joy and energy of the Moth. She enjoyed the stories, and we discussed each one after the storyteller finished. José and Ann were old hands at The Moth, talking with some of the regulars and coming early enough to get the good seats. 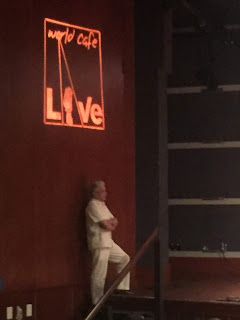 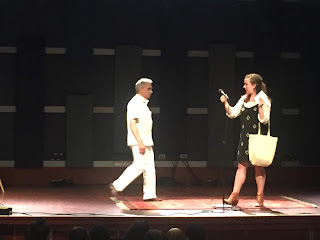 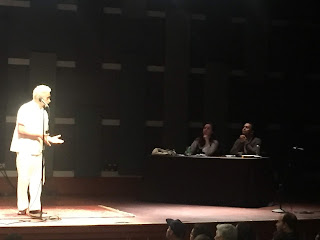 José was the only older bud to put his name in the hat, so the whole night I sat in anticipation of his story. First one person was called...then two...then five...then eight...then nine. And most of the other storytellers were really good, too. Finally, José's name was drawn out of the hat; last but certainly not least. He told a story about how he, normally a shy and timid man, told off some Islamophobes for harassing a Muslim man trying to get his dry cleaning. He wanted to try something more serious than his last story, and he got some pretty high marks too. 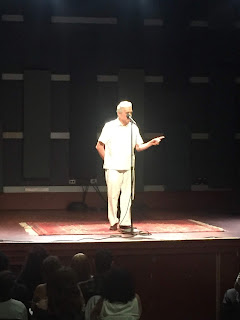 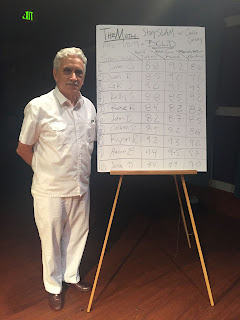 The Moth is just one way for older buds to share their stories with younger buds. You yourself can share stories from the older buds in your life by filling out this form. You can also contribute to our Tenth Anniversary celebration. We have special rewards for groups and families who contribute, like handwritten stories, family photos, sponsored tables, and free lunch!
And last but not least, you can read one of our older buds’ stories right here, right now:

Recently my friend and I after lunch, at almost the same time, remembered that we had not seen our mutual friend in almost a year. We had kept in touch but that does not replace a face to face, so we decided to do a drop by visit as that is the kind of relationship we shared over the years.
She was delighted to see us as we were her. She’s now experiencing some memory loss that she fears may be more than the usual age memory loss. We shared some of the things that we all shared; seeing people we knew but unable to recall their names, looking for things that we hid from the would-be thief only forgetting where they were hidden.
She stated that her memory loss was more severe than those we mentioned. I mentioned some things to try, to lesson her anxiety. Such as writing down things, and having her husband keep track of her medications so she did not have to worry about forgetting to take her meds at the proper time. They had been married more than 40 years. He was always attentive to her and nothing seems to have changed over all the years.
We all cherished the friendship bond that was never broken. Our husbands grew up in the same neighborhood and were friends. Her husband is the only one of the three that is alive.
We ended the visit with all the happy days we enjoyed. Among them was seeing our children reaching maturity and all but myself with grandchildren, so I am the surrogate of my friends’ grands. Precious memories all enjoyed. 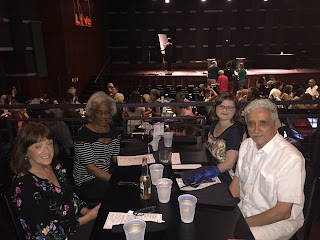 Thanks for reading, and enjoy the balmy summer night.