A couple weeks ago, Norman asked when Benita would be coming back to visit the Philadelphia Senior Center. I was curious too, since her kids were old enough to be in school. Maybe she’d have enough time on her hands to stop by. When I asked Benita, she said she’s come to the next session to catch up. That was surprise number one!
Last week, Benita came in to a class full of older buds. She caught up with Frances, Joan, Eugene, Elliot, and Rochelle, and I introduced her to Jose and Delores. I was a little disappointed I couldn’t introduce her to Anne, Kant or Nouria, and I was worried Norman wouldn’t make it. Norman’s been a busy bee lately, so he’ll often call to say he won’t make one of the workshops. So I decided to give him a call.
Norman picked up and asked if we’d be in our usual room or the computer lab. I told him that we’d be in our room, and that I wanted to make sure he could make it because Benita came to visit. I heard him laugh on the phone and say, “Well, if Benita’s gonna be there...”
Then I saw him walk into the room and say, “I’d better come.” Benita ran over to him and gave him a great big hug, and we all had a great big laugh. 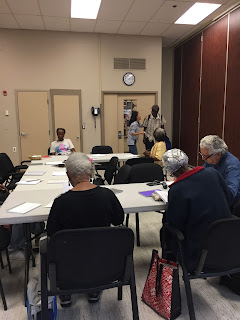 Jose Dominguez
8.23.2018
The Real Education
At 22, I was studying law at the University of Chihuahua. At the beginning, it was easy, but now the courses were really complicated. This story is about one turning point in my life as a law student.
It was my fourth year and at the end of the period, the final exams came as a course. This time, it was a course “Mexican Agrarian Law” and I had to study 800 pages. The book consisted of 28 chapters and the biggest was chapter 8 with 220 pages long.
We had 7 days to prepare so I decided not to study chapter 8. The test was oral and the professor and two other faculty members were the jury, it was impressive.
When my turn came, they randomly selected 2 chapters and there it goes – chapter 8. Oh my god – the only thing I did was take some time to decide as if there were something to decide. After a few seconds, I told the jury I prefer chapter 11 if you please, but my professor told me 8. “Oh no, Jose, that chapter has been explained all day long, please explain chapter 8.” Oof, I said to myself, there are 2 options: I run from here or I fake my explanation. So I began reading the topic of the chapter. It was on the history of the Agrarian Law in Mexico. My professor was a communist and I knew he did not like the destruction of our cultures by the Spaniards and so on. So I began praising the primitive laws and taking the law from Spain. The professor was happy I noticed. The 2 other teachers were so bored that they decided to go out to smoke a cigarette and that was it. I was in charge. I finished the test, embraced by my professor who told me I came in 6th and continue studying, you have a great future. Conclusion: The school teaches us on how to solve exams, test, ect. But many times they do not teach the real life. 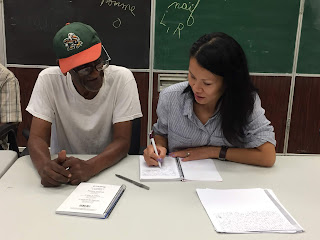 Life is full of surprises, you know. 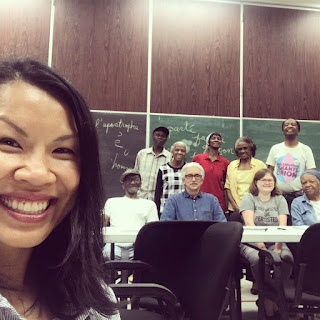