This week, I’d like to give a shout-out to Love Now Media. Our fearless leader Benita’s a fan of their work, and older bud Mike went to see one of their shows along with his family. Last Friday, Mike’s daughter Melissa and her kids surprised him by taking him to Love Now Media’s performance The Love Story Exchange. It was set up like a gameshow where random Philadelphians were invited onstage and asked questions about their experiences with love. One of Mike’s favorite moments was when a woman with silver and purple hair was asked about the first time she fell in love. She hinted that if she answered, she’d be embarrassing one of the fellow contestants, a handsome underwear model. When the underwear model was asked to talk about all the times he felt like he’d felt true love, the silver-purple-haired girl immediately told him, “Don’t lie, now!” It was clear from their interactions that the contestant selection was not entirely random. It sounded like an amazing show from an amazing company, and I regret that I won’t be able to see it for myself. 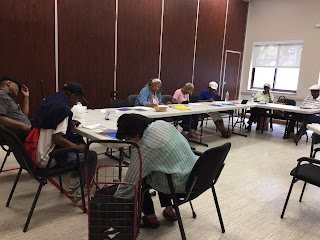 I’d also like to say that our older bud Norman was published in the Philadelphia Inquirer on June 12th, 2018. Like I’ve said before, Norman’s been working with Drexel University’s Writers Room project, and this article’s about how it started and what the Writers’ Room’s plans are for the future. I teared up when reading this, between Norman seeing his old neighborhood turned into an weedy, empty lot, and Natasha and Norman talking about what it means to be an outsider. 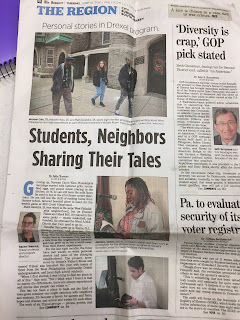 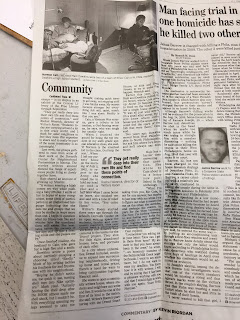 I’m so glad that Norman and Mike are spreading the Best Day values of storytelling, inclusiveness, and love all over Philadelphia.

I had a wonderful time on Tuesday night at Saint Joseph’s University campus. The present of the school put out a public party for the year according to my knowledge. They had been doing the party for elderly senior citizens for people passed forty-two years old. The night we all enjoyed the good food, the music, and dancing, especially the musical group performing the old boy band music and quiet bets of frank conversations some and lots of dance and music.

At our table, we had a lady named Mary, she is 90 years old performing the sound, sing the old jazz. Meanwhile, I had learned a lot of songs they had been experiences. By my own observations, the elder gentlemen at the party like to dang with the young college girls. They all volunteer for the major event, for my experience, the elder ladies also like dancing with the young boy students at the end. I also saw something very interesting at our table – two ladies got lucky, the winning the first basket at the drawing by the tickets. Also the table sitting only full up to half, so lots of food was left over, also that the flowers on the table with the vase had been away and stayed on the table in the table cloth. At our table, the ladies prepared for such an event. They all took out lunch bags, put all the food on the table. Nothing will be wasted. Then I remember the old proverb said, “when you're young, you over indulge, the eating and sleeping than when you get older, you grab everything around you before your life ends. By the way, at our table, one lady 95 years old, another lady is 91. Never the less, I had a great time, lots sprint, it’s a wonderful party. Thank you for Saint Joseph’s University for doing that.


And if you're wondering why we were outside for this picture, it's because there was a fire drill. 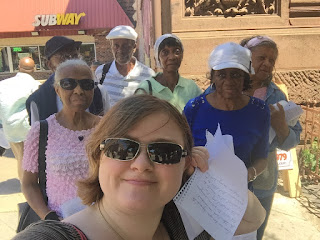