This past week was the First Thursday of the month, which meant we all went to the computer room to read our stories from our website. Sometimes there are still other people lingering in the room right up until the workshop starts. When we have the room, I invite them to stay and hang out with the rest of the older buds, in the hopes pf introducing them to our workshop. One such senior, Bill Wittmer, got to listen to us reading stories and poems and got inspired to read a poem himself: the lyrics to Bob Dylan's "Forever Young." 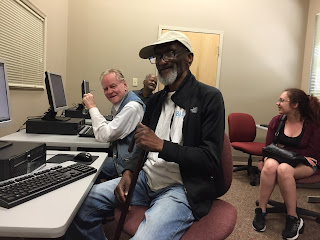 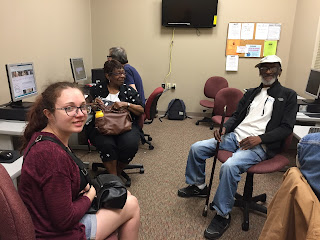 If you've been reading this blog as long as I have, then you know that Joe is our resident Bob Dylan fanatic. And you know he was tickled pink when he heard those lyrics. For the rest of the workshop, in between stories, they were both talking about Dylan, the Beatles, Rock and Roll, and all their musical tastes. I told Bill about our usual workshop and he sounded interested. I know not all the people I find in the computer room become members of Best Day, but if nothing else Joe's found a new music buddy. 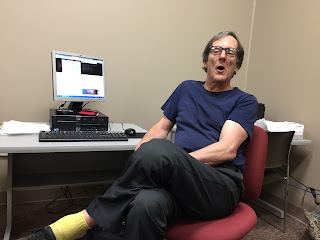 National companies – every city in the country. Sirius Radio, every time something goes wrong, if they had an office in Philadelphia, it’d be easier. Settle on sports or something on Phila radio. I also like classical music. And 60’s rock. The Beatles are my favorite. I heard about Bob Dylan in 1963 before I even heard him sing. I heard Gene Shepherd before The Christmas Story came out. He was a humanist and satirist but got serious. After he died, a woman claimed to be his daughter and bad things, but I never paid attention, maybe because I liked him.

Funniest thing ever is Bob Dylan’s new album singing shoe tunes. I couldn’t picture it all. He didn’t sing off key on anything.
A friend of mine and me used to think of unlikely people singing unlikely songs like an opera singer singing "Twist and Shout." The only opera I sat through was The Flying Dutchman. Richard Wagner. I can listen to that and still love the BeeGees. I even like country. Johnny Cash and Hank Williams. I even give Elvis Presley credit – he could sing. I didn’t like what he sang about. I liked, "I’m the Ghetto." I like social commentary. I wanna commend Frances for her story, for her comment on the cavalier way we celebrate Thanksgiving. Do people sit down and give thanks? I agree we take it as a gateway to shopping. If I were king of the world, I’d make Thanksgiving no where near November. 2015 hasn’t been a good year but I give thanks to my family for getting me through my little problem. My gripe against Thanksgiving is we’ve made it too much about food, it should be a time where we all can reflect on the year. NYE should also be a day of Thanksgiving, but since we do have a Thanksgiving Day…One of the reasons I was against MLK is mercantile communities would take over. However, I want to wish everyone a wonderful holiday and give thanks for the group itself which gives me the opportunity to share my thoughts and experiences.