Diana (My First Day of Birth) 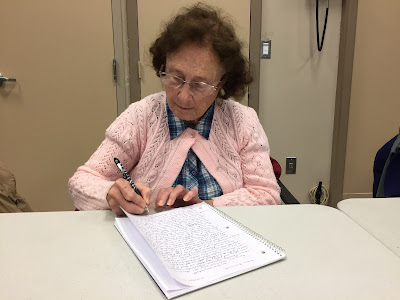 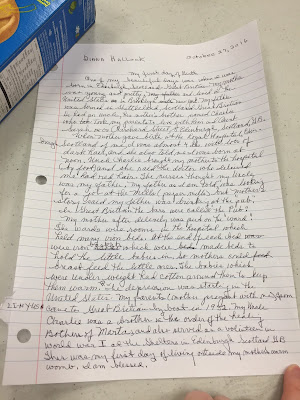 I have to be honest. I didn't really know what to post today. The news and the country seem so tense lately. Too much has been said. And so I was just looking, not for answers, but for a little clarity, a little simplicity as I looked through the stories that our older adult buds have been sharing. The stories never ever disappoint me. This one was it. This one was what I need personally. A celebration of life at its most basic, at its most simple, and yet miraculous little form.

One of my beautiful days was when I was born in Edinburgh, Scotland – Great Britain. My mother was young and pretty and lived in the United States, in Brooklyn, New York. My father was born in Shuttleland, Scotland – Great Britain. He had an uncle, his mother’s brother, named Charlie who took my parents to live with him and Aunt Sarah on Orchard Street, Edinburgh, Scotland, GB.

When mother gave birth at the Royal Hospital, Edinburgh, Scotland, of me, I was almost 4 lbs, with lots of dark hair, and she also tld me I was born at noon. Uncle Charlie brought my mother to the hospital (by foot) and she said the doctor who delivered me had red hair. The nurses thought my Uncle was my father. My father as I am told, was looking for a job at the mills (paper mills) but mother’s story said my father was drinking at the “pub.” In Great Britain, the bars were called “the pub.”

My mother, after delivering was put on the “ward”. The wards were rooms in the hospital which held many iron beds. At the end of each bed were iron baskets which were made beds to hold the little babies in. So mothers could breast feed the little ones. The babies, which were under weight had cotton around them to keep them warm.

The depression was starting in the United States. My parents (mother pregnant with me) from LI, NY, US came to Great Britain by boat in 1952. My Uncle Charlie was a brother in the order of the healing Brothers of Marta’s, and also served as a volunteer in World War I of the Shelters in Edinburgh, Scotland, GB. This was my first day of living outside my mother’s warm womb. I am blessed.