Elliot (I Wonder Why) – An Important Story and an Important Conversation 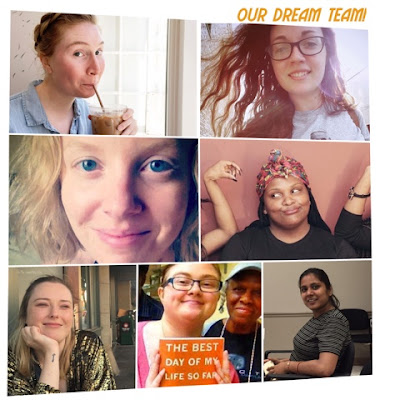 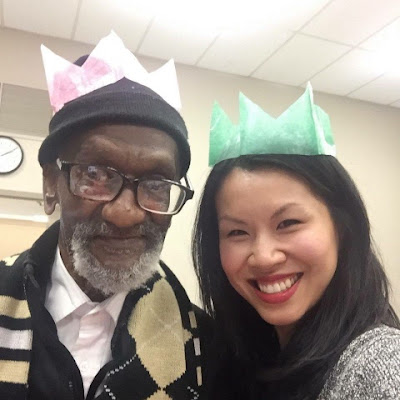 For today's blog post, something a little different: want to listen in on the awesome convos that I get to have with the awesome people on the Best Day team? How lucky am I to end up with them? How lucky are we all? But first, an important and powerful story by our bud Elliot which inspired the whole conversation. A gentle man's call to end violence and hatred in our country.

Thank you Elliot for challenging and inspiring us with your words. Thank you to everyone on yesterday's group text and the many other Best Day volunteers who make Elliot's and my dreams of a more peaceful and loving tomorrow a possible reality. Storytelling can do that for us. I can say that for sure because in a way, by sparking a real conversation about real issues, via some text messages and now this blog post, Elliot's story has already done that for us.


Want to meet members of the Best Day team? Some of us will be at Snap Custom Pizza (1504 Sansom Street, Philadelphia) next Tues 4-8pm, just kicking back and catching up, as Snap is donating portions of their pizza sales in that time slot to Best Day. Stop by and click HERE for more info!

You can trace our history all the way back to the Mayflower and before. We were taught that we were nothing and never would be anything but a slave. The emancipation proclamation was supposed to free slaves, which only meant we were supposed to assimilate. I think we took on the worst of our ex-masters. Like the Native Americans were given alcohol, we were given guns.

We now have children killing children. When will it end? They see on television the police that are supposed to be protecting them are killing them. Everyday you see on the news that a policeman has killed an unarmed person or child with a gun. No one is held accountable for these crimes. Our young people think it’s alright to take a gun and go kill somebody because they never see consequences of these actions.

They see these kinds of actions as power. They have not had proper education. Education is a very expensive commodity in America.

They see people who are good at committing crimes end up with the cars and the houses and the pretty girls because they have money. Money is the violent force behind most of these young people killing each other. That money is derived from selling drugs. Since they have no education this is what they do. They sell drugs. They believe that what they do isn’t a crime. They don’t see it as anything wrong. It’s supply and demand. People want this so we’ll give it to them.

I remember one young man said to his Father, “How can you tell me what to do; I make more money than you.” He’s dead now, but his Father is still living. I have an idea for a solution to the problem of violence in our community. If the kids had something to occupy their mind and their time, they wouldn’t be in bad places. We have to show them there’s something else they can do.

It’ll be a hard time, but somebody’s got to do it. Most of these kids are angry. If we don’t give them something to occupy their mind and their time, we will lose them.

​I’m not worried about myself. I’ve lived my life. I’ve got children and grandchildren. They don’t know about the 60’s and the Civil Rights movement. They don’t know how we had to fight to go to school and vote. We already fought these battles. We shouldn’t have to fight them again.

Justice is for those who can afford it. I remember they used to burn flags in the streets and there was no uproar. Now it’s un-American. People are just protesting. It scares people that other people in the world aren’t right. When politicians go around the world, they tell people they need to straighten up their own backyards, and then they can come here.

That’s what we need. We have to straighten up our own backyard.

Hannah Pigeon:
Hey! Today Elliott wrote a story about crime and police brutality. He apologized after we read it because he said he felt like he was bringing down the mood of the group. The other participants were all very quick to assure him they love his stories and they hope he keeps coming since he writes the truth. Hopefully he keeps stopping by!

Jen McGhee:
Wish I had been there to hear it live! Maybe this would be a great time to write a post about racism police brutality and share his words, Benita?

Cassie O'Leary:
I agree with Caitlin. That's what I'm always telling people when they ask about the group when they ask if participants ever share anything else other than their best days.

Caitlin Cieri:
I remember one woman who asked that question, and I mentioned that we have a collection of stories about surviving rape. That woman immediately told me the story of the time she was raped by her husband.

Caitlin Cieri:
Yeah. That's how you know they trust you, and they're really talking.

Cassie O'Leary:
Especially since they're coming from a generation where sharing trauma just wasn't a thing.

Jen McGhee:
I haven't had a lot of group sessions where outright trauma was shared, so it's really heartening to know this is happening and so many older adult participants feel safe in this space.

Cassie O'Leary:
I really hope Elliot comes back. It's breaking my heart right now thinking he would ever get self conscious about sharing since it's rare that he shares in general (in my experience.)

Jen McGhee:
Maybe we can incorporate into the beginning of each session that we want to encourage everyone to talk about all aspects of living a life, including the stuff we don't normally talk about in polite conversation.

Caitlin Cieri:
"The Best Day of My Life So Far: No Limits Necessary."

Benita Cooper:
Just seeing this text string. The best text string ever. I almost want this entire text string to be retyped and have that be the blog post. It's better said together than what I can say as a single person. What do you think? Is everyone ok with that? Any extra comments that anyone would like to add?

Jen McGhee:
I'm okay with that!

Caitlin Cieri:
I don't mind at all!

Benita Cooper:
How did I get so lucky to end up w you amazing people?

Jen McGhee:
How'd we all get so lucky?

Caitlin Cieri:
You guys! You guys are the best!

Jana Henry:
I have been away from the group for a minute but it's great to see how you all are engaging with the older adult participants :) I think encouraging them to share about traumatic stories is a great idea. I know personally through therapy it has helped me to sometimes just share and not even expect a response but to be able to have a voice.

Mary McGinley:
Love all of this. Definitely important to think about how our language can more effectively advertise our mission. We have put a lot of emphasis on social media and the wider community understanding, but if the older adults/sites are still confused, that should definitely be addressed!

Benita Cooper:
Perfect - because Mary, Jen and I have been refining and updating the wording of our mission so can integrate these thoughts in there.

This was a special and important blog post for me. Thanks for reading, and please consider sharing it! Would love to hear from you if you have any feedback about Elliot's story or our team's convo. Just drop me a note at benita@bestdayofmylifesofar.org!
Newer Post Older Post Home