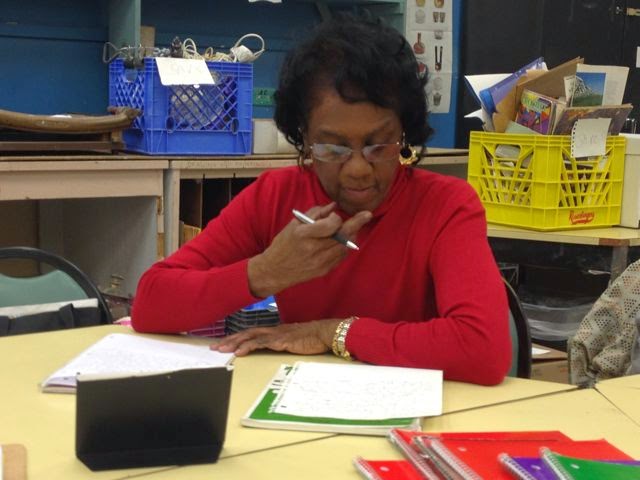 It’s one week into January and the reality that it’s 2015 is settling in. Do you feel the same way too? As I get back into my personal routines, it’s fun to imagine myself riding Bus 17 with Frances. If we really pay attention, even in the confines of a bus, within the duration of a busride, there is so much to see and hear, so much living and learning to be done. Here’s to all the living and learning that 2015 will bring! Cheers!

My rides on the 17 bus are sometimes adventures in themselves . . .

I have achieved the best time to avoid the hours that I consider rush hours – between 4 o’clock and 5:30 pm – when the people who have toiled all day are anxious to get home. Also the 3:30 pm when the kids are out of school. Sometimes if I missed those windows I walked further down Market St to be near the beginning of the start of the run on 3rd St – 7th St.

There are some very kind and considerate riders, some senior citizens who have seats in the seats that are in the sections that are designated for seniors, they often will relinquish their seats for others who are in need for medical or physical reasons, and parents with infants. There are sometimes young people occupying these special seats who do not get up when an elderly person enters the bus, but this has been the exception not the norm. The cell phone users are the worst offenders, who carry on a conversation with the other person on the line loud enough for everyone to hear. We are the unintended audience.

One man who had his cane in the aisle, I reminded him that the woman who entered the bus was in peril from his cane, and might fall. He said he didn’t care. To say I was taken aback is not an exaggeration. I responded that she may get hurt, he again said: “I don’t care,” and if I wanted to help someone to go to the areas that need help with many problems. My final remarks were: “I try to be helpful and considerate in whatever area I find myself in.” He mumbled his discontent. I wondered what past or present events in his life had fostered such a non-caring attitude.

One of the great pleasures I have encountered is that some of the bus drivers are so pleasant. One lady driver I don’t see enough of greets every passenger with a smile that overshadows the few unpleasant people. We never know who and how their lives are affected. I thank these public servants who drive us to the many places we go every time I take the bus.

Another tactic is to take the bus to the end of the line in order to get a non-competitive seat. The gift of having a free pass for seniors.