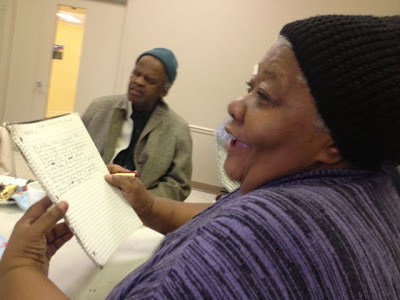 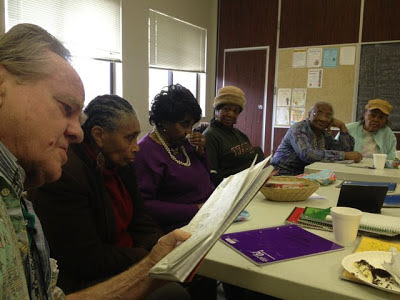 The topic of parenting comes up sometimes in conversations with my senior buds, now that I am expecting. But it’s not what you would expect. No one is bombarding me with advice on how they did it. Their restraint makes them so cool, because honestly no one is more qualified to speak – most of them have so many children with Beatrice topping things off at twelve!

Instead, they recall with childlike wonder (Mo and Gogo’s eyes glimmered like children’s when they read these stories out loud) memories of how their parents raised them, subtle things their parents did or said that somehow stuck. There is so much humor, so much gravity, so much respect, so much silliness, all mixed into these little moments.

Cheers to parents! And your endlessly wonderful attempts to teach life’s tougher lessons to the little ones ;)

Some of the guys were smoking after school with the older guys. My dad and mom both smoked but my dad was still teaching me to box and told me to watch the older guys playing basketball at the playground and tell him the difference between the smokers and non-smokers. After a week or so I told him how the smokers quit after a few games, while the non-smokers played much longer. Plus, some of the smokers were coughing and spitting against the fences surrounding the basketball courts. The ugly kinds of yellow and green spit were so disgusting I wondered how they ever got a girlfriend or kept one. Dad then told me that cigarettes won’t stunt your growth but would take away stamina which I should look up in the dictionary. When I did, I understood why the smokers were playing less games and getting tired sooner.

This morning I woke up with some thoughts of the past, songs that I heard in the movies, songs I heard in the hit parade – no, not the hip hop parade.  My mother was very watchful when it came to songs.  Today I know what my mama knew that I didn’t know then.  If I could be with you one hour tonight, I’d be anything but blue, if I could be with you.  Ray Charles making grunting sounds with the music was fun to dance to.  I didn’t know.  Birds do it.  Bees do it.  Let’s fall in love.  So many songs came flooding back to my mind.  I got such a chuckle remembering my watchful mama covering her babies against the wicked songs that would lead us astray.