Norman (My Friend the Volkswagon) 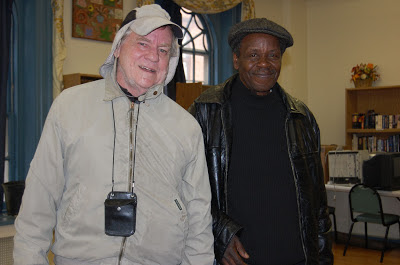 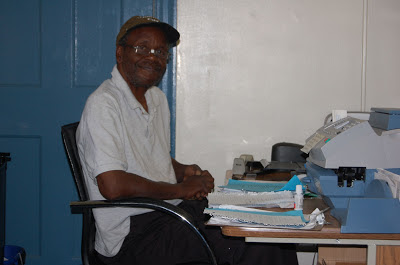 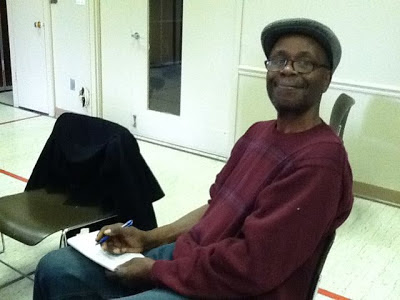 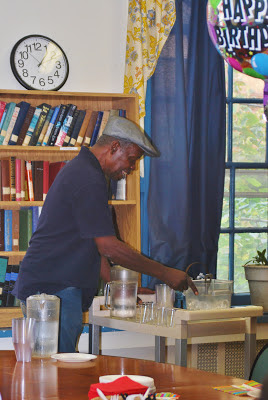 No offense to sleek car commercials, but here is a tough little piece of leather we can all fall in love with!

Norman is always paying attention to what others need, helping to get chairs for the ladies in class, helping Joe who can’t see get in and out of the elevator, making sure our young visitors are having a good time. Every time I glance over, I swear, he is helping someone else with something. Helping me is no exception. He stays after class every week to let me know if I’ve done ok that day leading the group. The pep talks he gives me gives me the energy to carry on through next week. And he’s quiet and modest about it, he just hangs out and chats with me while helping me scan his peers' handwritings and straighten up the room. He is not doing anything for attention or credit. He just does things. He is cool like that.

To me, this story is so Norman.  Like his friend the Volkswagon, he too is quietly super-fantastic, no matter whom you ask.

In 1968 I bought my first car, a dark blue with white interior Volkswagon from Townes Motors at 45th & Walnut Street.  I got it for a good deal.

My mother was amused with my car, my sister was noncommittal, and my younger brother, to my dismay, simply loved it.  And my father, like my friends, called my car a washing machine in jest, thought I should have purchased one of those almost limousine long automobiles that were in vogue at the time.  My wife, who convinced me to stop pinching pennies so hard and get a car, was elated.
After a few days with my car, a problem arose.  I let my brother (10 years younger, whom I had spoiled) take my car to school—Overbrook High, where he was on the football, basketball, and baseball teams, and the president of the student council.  The car would be the icing on his name as one of the “very important people” in the high school world.

He had a wreck, not too bad.  My insurance man was furious.

As far as my friends, who laughed at my car, they had a change of heart when they saw how easily it maneuvered through things like snow and how it was excellent on gas mileage.  Gas mileage was the primary reason I was able to often take my family to New York frequently.  I also took them to Springfield, Massachusetts once.

As far as my friends, they thought the car was theirs.  We went to Pittsburgh, Cleveland, and New York.  My car was tough.  It got the job done.

It was really tough when its body was totaled in an accident.  My mechanic, who had actually worked in the Volkswagon factories in Germany, placed a 1954 body on the 1968 engine, and it still pushed on.

After five years with my car, I reluctantly sold it and moved to Atlanta, Georgia.

My Volkswagon, to use an old vernacular: “A little piece of leather, but well put together.”