Robert (Over the Years) 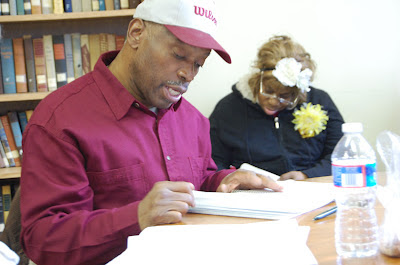 So… it is my birthday again, soon, in July! I am so glad I hang out with my senior buds because suddenly I am turning 32 and I know I should be feeling old-er, but my rowdy buds just say I am finally becoming a teenager, so that is how my personality will always be, I guess! And you know what, I do feel simultaneously 13, 32, and a “young senior” like one of them. Sort of feels like an entire lifetime in one instant. Which I know is because of being around them. And living and breathing their full spectrum of life stories. And I like it that way!

Click Here to remember the day they began calling me a young senior – to me it is the absolute highest honor.

In the 1950s
As a toddler, adolescent, growing up being taught by my mother, respect, discipline, and responsibilities.

In the 1960s
Trying to find my identity in life as a teenager in to which direction my life will lead me, high school, college, the military, or trade school.

In the 1970s
Out of the Military, dating scene, courting, marriage, children, family, the years to grow up and be a man, father, role model, and to take responsibility of being a family guy, bread winner, provider, protector.

In the 1980s
Separated from family, out on my own, single, lonely, confused, looking for a new sense of direction-entertainment a gift, a talent, a people person – music led me to another world so I became an after hour club D.J. and later on I turned my musical talent into becoming a Party Jock for Hire – to perform my musical talent at parties, weddings, cabarets, house parties.

In the 1990s
To give back to my children for whom I wasn’t there for them when they were growing up, more time to spend with me while they become young adults. High school, proms, graduation, college, trade school, the work force, family of their own.

In the 2000s
Winding down the years of working to prepare myself for the future, the next level in which I will take in my life, in which direction I will go, to leave memories behind for people to always remember me by.

In the 2010s
Time on my hands now that I retire, a man of leisure, nowhere to go, what to do next, my life has changed 360 degrees since I joined the Philadelphia Senior Center and of all the days at the center Thursday is my favorite because it gives me the opportunity to be myself again.  I have to write and I have to remember the memories.