A Surprise at “The Bus Stop” (Elliott and Diane)

Coming up next is the twenty-third part to Diane Richardson’s “When I Met My Hubby,” but first some surprise reunions.

For the past month or so, the Wilma Theater  was writing and rehearsing a new show with seniors at the senior center. Last Tuesday, they put on their show so we decided to take a break from Best Day and see the show. We got to hear lots of different stories, adeptly performed, by seniors at the center; including some of Best Day’s older buds. Joyce told a story about her mother’s psychic friend and Mike told a story about his wife when she worked in a nursing home and lost track of one of her patients. But those weren’t the biggest surprise reunions that day… 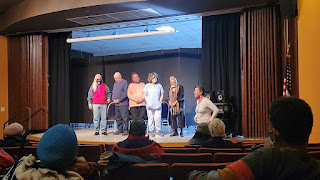 During the show’s Q&A portion, one of the men in the audience raised his hand and said he used to be in their writing group…and that once his vision got bad, a college girl helped him write his stories…and how he lost track of the group during the pandemic and now he only recognizes two of the members now…and I realized he was older bud Elliott! As he kept talking, I inched closer and closer to his seat until I was right next to him. He jumped when he saw me, recognized me immediately, and we both hugged while everyone applauded.
There’s no greater pleasure than reuniting with an old friend you lost track of.

Elliott Doomes
02.20.2020
Industrious Kid
Shoe shining wasn’t exactly a business. It was just something kids used to do to make money. We used to make our own little kits. All we needed was some wood with some nails and sometimes if we were lucky we would find a box suitable to carry our polish and our little washers and brushes. The washers were solutions sold by distillers that sold those items and they’d come in glass bottles. Some were black, some were brown, and you’d use them to clean the dirt off the shoes before applying the polish. We also bought the brushes, and then we had the cloth rags, and then a little added touch that we learned. We had a little small spray bottle of water that we would spray on the shoes. I never figured out why, but adding water would bring the shoe to a higher gloss which is what most of our customers liked the most. They love to see that high shine.
During the daytime, I went to Center City but we had to be very wary because several policemen would harass us and destroy our boxes and break our bottles, because there was some shoe shine stands in Center City operated by adults and often times the customers would patronize us, the kids working. Because they would always engage us in conversation of some sort or another. And I guess it was fun for them and it was fun for us talking back and forth. We always seemed to know when the ships were coming in, and the sailors were coming from the Navy Yard from Center City seeking whatever they were seeking.
And my favorite evening spot, which I will never forget, was Snockey’s Seafood. This is where people would come up in cabs, I guess you’d call them for a date or sports but there was always a lot of well-dressed men or well-dressed ladies coming and going and coming and going from Snockey’s which was quite famous then. I can remember the men saying “What do you lot charge for a shine, kid?” I said “Fifteen cents, sir, fifteen cent.” He said, “Kid, a shine like that got to be worth at least a quarter.” And 25 cents was the least that they ever gave me for a shoe-shine. Several big timers even gave me a dollar for a shine. The cops didn’t want us in Center City because there were usually the old white guys with the sit-down shoe shine places, but at the time my family didn’t have the money to purchase things kids wanted like toys and such and all. And the money that I made doing the little jobs were actually things that we did as kids that wouldn’t be considered a job but it made money. And I had money lots of time, I was able to buy pants, I was able to buy shoes, coats. A lot of times I was able to purchase my own clothes out of the money that I made. These jobs taught me to be independent and to use my mind instead of waiting for somebody else to do what I could do for myself. 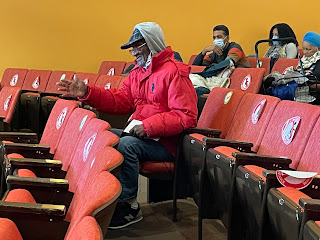 We now return to our continuing story, “When I Met My Hubby, Part 23.”

Diane Richardson
09.20.2022
When I Met My Hubby Part 23
In this installation of the series, I’ll talk about Joe’s partner at work. Her name is Linda. He and Linda have worked side by side for over thirty years. If you see one you see the other. They are both automotive engineers and can build a car from scratch. They make the car parts for the Big Three: General Motors, Chrysler, and Ford. They make the parts and ship them to the plants where they make the cars.
He had two other co-workers that were male that he was close to. The four of them would go out together to a bar or restaurant. Sometimes they would all meet up at Joe’s house to talk shop. I would call him, and he would say my B.U.D.D. buddies are here. B.U.D.D is the name of his company. The highest paying job in Phila. Linda would always call him on holidays. People would often ask me if I were bothered by their close relationship. I answer, “Why aren’t you asking me about his relationship with his male co-workers? He and Linda were friends and co-workers long before I came in the picture.”
They’ve worked side by side for over thirty years. How should I or rather how do you expect me to feel because she’s a female? Can’t males and females be friends without any hanky-panky? When I would bring him lunch, I would also bring hers as I would any partner he had. I never felt any kind of way about her. Does anyone think I should? Because she’s female? Should I feel threatened by all females? 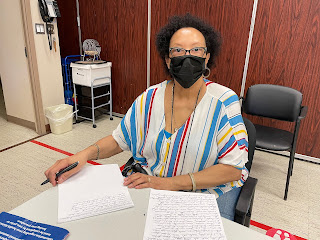 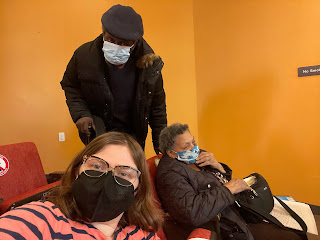 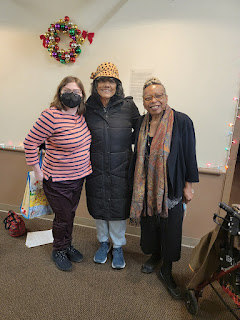