Coming up next is the fifth part to Diane Richardson's "When I Met My Hubby." But first, an update!

Sorry for the radio silence for the past few weeks, but after two years or being grounded, I finally got to travel again! To France, no less! I had a great time, but even more fun was how interested all the older buds were in my adventures, and hearing about their own adventures in turn. So for the next few weeks, I'll be posting stories of our older buds' own travels, along with some traveling from our very own Diane.

A few weeks ago, I wrote about my 1996 trip to London & Paris with my sister Ellen and art students and faculty from her college. This is part 2. After leaving London where I learned the correct pronunciation of Bath, not bath, we arrived at our very small hotel in Paris.During the trip to Paris, it was discovered that I was the only one in our small group who spoke barely passable French and I do mean barely. At check-in the French speaking rather stout, older, cigar smoking man at the desk, who didn’t seem to know how to smile, threw us out keys as my fellow travelers began making requests in my ear… “Ask him how far away is the Eiffel Tower? How do we get there? Are there any good but inexpensive restaurants nearby?” And many more.So, I took a big gulp and got through the first few questions which were answered bluntly with an arrogant “oui,” “non,” or “peut-être” I guess my annoyance with him was evident because as I slowly began the next question, he signaled me to come behind the desk. “Oh no” I thought, “is there a punishment for using poor French with an attitude?”But as he brought me over to his desk in the back corner, he actually cracked a smile as he said, “My name is Joe and I’m an ex-pat from Brooklyn. I hate it when Americas come in here an assume I speak English as they ramble on and on. This ain’t the Ritz Carlton”. I give your French a “C”, but you made a sincere understandable attempt and now I will help you out.” With that he pulled various maps and restaurant menus in both French and English from his desk drawer and handed them to me. “Merci beaucoup Monsieur,” I said. “No problem, call me Joe and go fall in love with Paris” was his response. And do so we did! 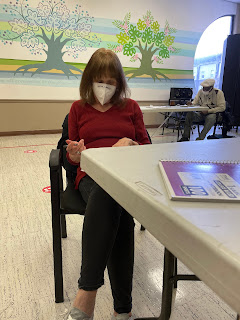 We now return to our continuing story, "When I Met My Husband" by Diane Richardson:

When I met my Husband part 5

So, I continued going to the Casino with Pearlie Mae every Saturday. She would book a suite for me to use while her and her sisters would gamble. I would relax, order movies and room service and then hit all the takeout restaurants to take home all that I could carry. Joe would sometimes come, and we would stay for a couple of days. I couldn’t get him to go to any shows though Pearlie Mae would get me however amount of tickets for the shows that I wanted. We even utilized the time service to ride to different casinos to see different shows at different casinos. Pearlie Mae was truly a high roller.One day Joe told me he had to have an annual physical for his job I asked if he had a primary physician, he said no. I told him, I had two friends that were physicians that had a practice not far from where I lived. He asked me to make him an appointment. We went to the appointment, and I introduced him to my friends. Dr’s Quintianni and DeSalvo they were two young Italian guys. The doctor ordered an EKG and bloodwork. I told the Drs. I would do his EKG ad bloodwork. I did, and all went well. After the appointment, we went to Red Lobster for lunch. That was the place to go back then. Now it’s Ruth Chris. My favorite restaurant. He informed me he had an appointment to get his taxes done, and if I needed mine done. I told him I needed mine done and he made an appointment for me, to be done same day as his. We had them done and went out to dinner at his favorite diner on Baltimore Pike. After that day we went there often. The food was really good, and they gave you large portions. So, I started inviting him over on a regular basis. I was really feeling him and would cook all his favorite dishes. I love to cook, and he would appreciate the home cooked meals, as all he really did was work. He was an automotive engineer, and his job was his life. He worked the evening and night shifts. I would often take him lunch or dinner to his job and wait for him in his office until he got off. And he would take me to work in the morning.To Be Continued 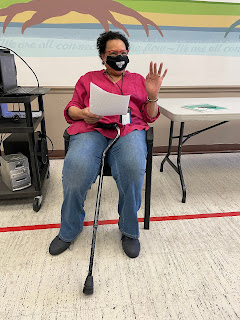 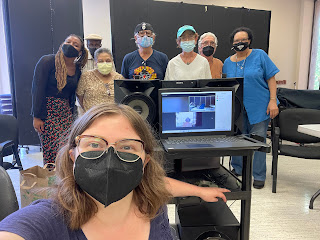