Best Day is all about using storytelling to remember your past, solidifying it through writing, and passing it down from generation to generation. Today's post is all about early memories, and the impact memory has on us and the people around us:

Tales From My Grandmother's Place

My family took many vacations to my maternal grandparents’ farm in Northern New York. There had been cows there and I would sneak into the area where the cows had been formerly daily milked. My grandfather had a tractor and once he let me ride with them. The barn was filled with wonder, hay, and that's how I experienced it full of wonder.
There was a huge tree across the road. I told my mom I wanted to have a picnic there. She said, “That tree is so far, far far away, it only looks close;” and you know what she was right. There was a raspberry patch right across the dirt road and a chicken coop too.
In our old time home movies, I saw myself at around 3 years old kicking a ball with my left foot. That's why I call myself left footed and left handed. The farm house was magnificent, a porch on the front and on the back. On the back porch, my grandmother would do the wash in an old fashion wringer washer. You had to feed the clothes through the 2 rolls of wood while cranking them to make them turn. This was fascinating to me.
There was an old outhouse in the back yard. I thought my mom had told me there was a sink hole back there and not to go there, but eventually she said she that didn't say it. In the front yard there was a hazelnut tree also called filbert. These tasty nuts we liked were called junk and my mother just had to sweep them up and take care of them. So they were junk to my mother's family; I guess they never tried one.
There also was a huge bush with a bird's nest in it; mom and baby birds too. They would get pushed out of their nest by their mother and I knew not to touch them, but I couldn't help myself. I went to scoop them up then let them go. They were so cute.
Winter at my grandparent's house was a magical time. I wanted a horse so bad, one of the neighbors had come by and let me ride the horse. I actually made a horse out of snow to ride on.
I was lonely sort of like I imagine my mom was there. When grandma was in a good mood, she invited me into the pantry and gave me a spoonful of molasses. I love molasses till this very day. Another fun part of being there, was sneaking into the attic room. There was a number of old dusty treasures there surrounding an old iron bed. My grandmother made the most beautiful coarse bread and we toasted it in the oven. Also my grandmother told a story about a dog who had ran away and came back with his nose full of porcupine needles.
I always enjoyed being at my grandmothers place. 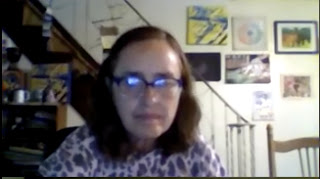 Some Child Play, Some Play Incidents 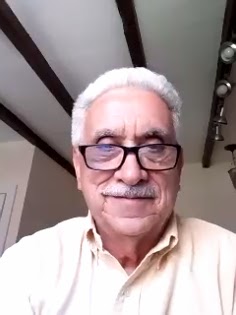 So this memoir is about first memories and I was inspired by Norman and also Jewel who talked about their first memories in early childhood so here it goes with my earliest memories.
I learned in my child language development class that we have no memories before the time that we can verbalize so that explains why my first memory is from when I was 2. I was the firstborn of 4 children. My parents and I lived in downtown Toronto in what they called a semi-detached house. We shared a front porch with our neighbors, separated by a wooden lattice. My very first fleeting memory is of me and my parents walking down the street. I was in the middle holding their hands and jumping up and swinging every few steps. I felt completely happy and protected.
Another memory from this age is of me joyfully jumping on my bed. A little boy named Ian lived in the attached house. When we were both about 3 he started coming over and finger painting with me.
Also at age 3, I went to preschool which wasn't very common in the early 50's. We sat in a circle and sang songs. The teacher's name was Hannah. She played a piano that was painted blue.
My family moved to a new house when I was about 3 1/2. I had a little brother by then and my mother was pregnant with twins. I remember her lying on the floor and bleeding. She had to have an emergency C-Section and all turned out well. I was so proud of my tiny twin brothers.
My early childhood was carefree and happy. I'm pretty amazed to look back and remember these long ago snippets of my life at age 70.