School's been weird this year. Many schools reopened in March and April, and the students only had a few weeks in person before they were thrown into midterms and finals. Even our transcribers and copy editors are feeling the pressure of the school year, as parents, teachers, and students. So this week is all about the older buds going through school troubles of their own.

This is a very random story and Frances already knows this story but anyway. Except for sewing on a button or taking up the hem my mother had no interest or desire to sew. She claimed she got a headache just walking into the fabric store. So when I was in high school, I decided to take sewing in Home Ec, hoping to discover I had a talent for it. Well on the first day of class while taking role the teacher, Miss Alice Strickler, paused when she got to my name. “Von Dehsen? Is your father named Paul?”
When I said, “Uh, yes” she just rolled her eyes and went “Huh” and continued on with the class.
So my first attempts at threading the sewing machine were unsuccessful, and Miss Alice Strickler seemed to ignore my raised hand for help, as long as she could. By the time I was ready to stitch, class was over
So that night at dinner, I asked if the name Alice Strickler rang any bells. He had no recollection at all, but I kept pressing him to jog his memory until he finally said, “Oh, I was friends with John Strickler in high school. And yeah, he had a sister named Alice, and I think I took her to a dance once. But I had no real interest in her.” And there lies the reasons for her eye rolling. Apparently, Miss Alice Strickler definitely had an interest in him.
So there I was each day, forty some odd years later, reminding the spinster Alice Strickler of her lost love as I struggled through the class. Turns out I had no flair for sewing at all, and spent many afternoons after school in the Home Ec room tearing out crooked seams and poorly placed zippers. Miss Alice Strickler gave me minimal guidance, rarely looking at me. I finally finished my skirt, which was made with a really poor choice of fabric. In order to receive a final grade, students had to wear their finished clothing to school and then show Miss Alice Strickler how it held up at the end of the day. Right away, I noticed my skirt had a lot of static cling and was constantly sticking to my tights. Then just before lunch I looked down and saw the waistband was slowly pulling away from the main part of the skirt, leaving a big three to five inch gap. I went to the nurse, who luckily liked me, and she helped me use her large stash of safety pins to make the repairs from the inside.
When school ended, I went nervously to Miss Alice Strickler for my critique. Somehow, she didn’t notice my pin waistband but did notice still crooked seams and zipper and gave me a C. I think we were both just very relieved to be done with each other. And now, following in my mother’s footsteps, I too get an instant headache when I walk into a fabric store. 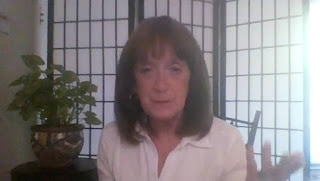 I was in a class with a very, very strong professor and then one of my schoolmates was a very, he was picking on the professor, but the professor was very strong, and that’s why he wrote in his hand something. We were in one exam, and during the exam, and we were writing and he was looking at his hand and then the professor saw my friend looking at his hand he said ‘Come in. Come here. You are cheating.’
‘No, no, no I’m not cheating!’
‘You are cheating. Why are you looking at your hand?’
‘It’s not bad, that I am having my hand.’
‘Let me see your hand.’
‘I’m not cheating profe-‘
‘Let me see your hand.’
So he opens it. He wrote, “Curiosity killed the cat.” And he was out of the class. He said the class had put negative score because he was laughing at the professor.
“Oh my god, that is amazing.”
“He was doing what? Say that again.”
“He was looking at his hand.”
“And the professor was thinking that he was cheating, and the professor ordered the student to open the hand, and the student wrote in his hand, ‘Curiosity killed the cat.’ So he was joking upon the professor. 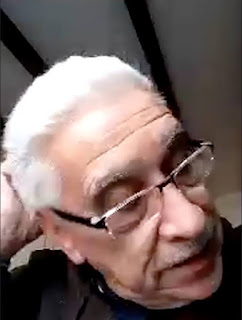 My daughter’s first year at Girls High, after she attended Henry School (this was in Mt. Airy), was one that we were really pleased with because it was an outstanding public girls’ high school. And we were delighted because she seemed to be attracted to this girl who was very much unlike her. This child’s greatest ambition was to see how many boys she could have and dress that were way past what a young girl should be wearing. And so, we didn’t have to worry because we knew she wouldn’t be going to Girl’s High.
So anyway, since her first year at Girls High she was doing well in all of her subjects, and then she had trouble with this teacher who was by all standards I call prejudiced. So, one of the things that Cynthia would tell me in the early age about this woman. And I said, “You need to work a little harder” because her grades were not doing well in English and that had been a subject that was a no brainer for her. And this went on for a while, and then one time she came in and she was very upset. They had been given an assignment about reading a story and the students were supposed to decide who was the main character for them and to support it which she did. And then when she got her paper the teacher said that wasn’t the main character even though she had supported her choice. And I was upset as well as Cynthia but I did nothing about at the time.
But right on the heels of that there was a substitute teacher who gave the same sort of assignment. Oh the other thing about this teacher, she gave the same assignment while this teacher was away, and when she came back the teacher re-graded the stories and Cynthia went from the teacher was saying how great it was and how she had done what she was supposed to do. And so, I decided then that I needed to go and see the teacher. And I did.
So, the first thing the teacher says to me is “Let me see if she belongs at Girls High because it was on your grades that you got there.” And she looked at it and said “Oh yeah, she belongs here.” And that was the only thing she could say to confirm what she had done. Even on the paper, when Cynthia got it, she had taken off for spelling, and her A wasn’t completely closed so she took off for that. And I just was beside myself.
So, I talked to the Assistant Principal there and she said well you can go and see the Principal and I said “No I won’t do that this time,” because I said I should have listened when Cynthia told be what was going on and I didn’t. So, I said “But this will never every happen again.” So next year she didn’t have to have this woman, so she did well and excelled in all of her classes as she had done before.
So, when we went to California, my son who was in the class, he was not one to be shy about saying or doing things. He and a group of boys, all 4 of them, were doing something that disturbed the class, and the teacher pointed him out. And he said he left immediately and went to his counselor and said he talked about her and said that she was prejudice. And I said well tell me what happened. So, he did and of course he was the only dark-skinned kid in the class and the other kids of course were Caucasian.
And so, I went to see the teacher and I told her what my son had said. And I said I heard what he had said about you, but I would like to hear what you said. And I said he pointed out that you were prejudice. And she was quick to say “Oh no I’m not.” And I said, “I don’t care if you are if it doesn’t interfere with my child in the class.” And we talked about it and she said “I have to agree that it was unfair for me to point him out when there were 4 kids there and none other were chastised.”
And after that she talked to me a lot and we became very good friends. She said she didn’t realize what she had done, and she apologized and would never do that again. So, I just wanted to say how teachers can do so much harm to kids. And I learned a lesson, I learned to listen more and to pay more attention to when kids say something and to find out what’s going on. 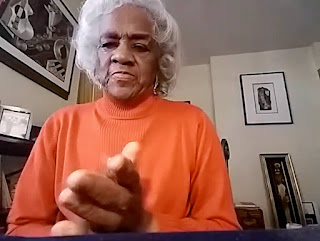 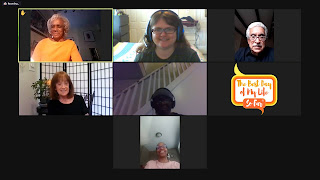