For my day job, I work as a transcriber for the Linguistic Data Consortium, which supports language-related education, research and technology development by creating and sharing linguistic resources, such as data, tools and standards. One of the tools they share is WebTrans, an online transcription service that's free, easy and safe for transcribers to use remotely; anywhere in the world. And now, Best Day is transcribing our older buds' stories on these brand new tools, and it's not a bad way to transcribe. Check the stories below and see how stories transcribed with the latest technology look:

When I was in high school my friends and I loved taking the bus to go clothes shopping in New York City. I funded this somewhat expensive habit by becoming the neighborhood babysitter. This wasn't hard to do since lots of young families with small children were moving into the neighborhood, And once I babysat for one family, the word just spread. I really liked kids, and the families treated me well, supplying me with snacks and paying me generously. But my favorite family was the Siegenthallers.
I love their children ages 4 and 2 and their Victorian house and furniture, and the way Mr. and Mrs. Siegenthaller, also known as Anita and Bob, often sat down with me upon their return just to chat about high school, boyfriends, possible future colleges.
Anita was pregnant with her third child, which meant an ongoing Friday afternoon babysitting job while she went into the city for A weekly doctor's appointment, and then met her husband at work to go out for dinner in the city.
Well, Bob's job happened to be the producer of the 6pm, New York City area local news.
And the anchor at that time happened to be the very young Peter Jennings, several years before he became the anchor of ABC's 6:30 nightly news. I had once mentioned to the Siegenthallers that I thought Peter Jennings's good looks resulted in more high school girls making a point to watch the news. Shortly after, Bob Siegenthaller invited me and two of my friends to come into the city to introduce us to Peter Jennings and watch the news cast in the shadows of the studio. Suffice to say, Peter Jennings was better looking in real life and could not have been nicer to three nervous, tongue-tied high school girls. He walked us around the studio and let us sit in his chair as he pointed out the different cameras and weather maps. I can't remember any news stories from that night because we just stood there mesmerized as we watched. There was also a sportscaster and a weatherman of which I have no memory. At the end of the broadcast, he walked over to us and gave us each a quick hug. Bob Siegenthaller drove us all home, and I think we repeatedly thanked him for the entire trip.
Of course, years later, when Peter Jennings did anchor the ABC Nightly News, it was the only news channel allowed in my house. 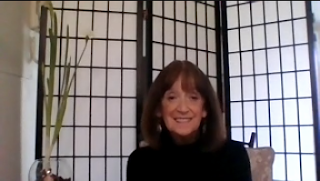 The Obituary of My Mother

I would like to talk about, today if I could, and read the obituary of my mother because I was very actively involved in the planning of her service. My heart is still broken as I'm going through the process of grieving. But basically my mother had cancer of the lungs and she began to lose a lot of weight she wouldn't eat anymore, she continued to smoke. But I wanted to be very supportive of her. In fact, I wanted to leave my job retire early and just be there for her, take her to the doctors etc. But, she didn't want that. My mother maintained a certain amount of independence. And so I had to honor that , which was sometimes very hard.
So, as it became inevitable that she was not going to be here long I happened to go in Lord and Taylor’s one day and I saw this beautiful blue dress, in a size 4 and I bought it. My mother's favorite color is blue. She loves powder blue so I bought the dress, I went to her house and gave it to her, and she took it. She didn't say anything about it, but that was the dress, inevitably, that the undertaker put on her.
The singing to my mother's funeral was very important. She liked the old singers of old gospel, from like Mahalia Jackson and James Cleveland. So I actually found a woman that had a very beautiful voice that could sing those songs. And that was the beginning of it. And now I will read the obituary for her too.
Its called Celebrating a Legacy of Love for Marita Carter, and my cousin actually read it at the sermon.
Sunrise December 13, 1933
Sunset October 14, 2014.
Today we bow in humble submission to praise God for Marita Carter who was born on December 13, 1933 to the late Frank Carter and late Lucille Henderson Carter. Marita accepted the Lord Jesus Christ as her personal Savior at an early age. As a member as of the 48th Street Baptist Church with an she sang second soprano in the McDaniel's Specials, a choir there. She recently joined Sharon Baptist Church under the pastorship of Bishop Keith W. Reed, Sr. She was a loving and devoted mother and grandmother who evangelized and preached the gospel of Jesus Christ and exemplified unconditional love for her family.
Marita's favorite scripture was found in the King James version of the Bible John Chapter 14, Verse 2. “In my father's house are many mansions If it were not so I would have told you. I go to prepare a place for you.”
Marita knew that Heaven was a place for prepared people and her top priority was to share the path of eternal salvation with her children and grandchildren. She exemplified unconditional love for her family. She was proud of her children and grandchildren.
Marita was charitable as she lived by the scripture of 1 Corinthians 13:13 “And now by the faith, hope charity these 3, but the greatest of these is charity.”
Marita cheerfully gave her time talent and treasure to those in need.
Contributing to the hungry children around the world was a joy for her. Marita matriculated through the Philadelphia public school system.
One of Marita's spiritual gifts was that she had an empathetic attitude for a hospice aide.
She possessed a caring, committed and compassionate and competent work ethic as she worked tirelessly to ensure the comfort level of the sick and dying.
Marita insisted on maintaining a meticulous, decluttered home, her organizational skills were unmatched and unprecedented as she was employed for years as a housekeeper and factory worker also.
Marita savored so much in life such as traveling to New York, the islands etc., watching the Phillies' games, attending Broadway plays dancing to the beat and listening to the gospel music of James Cleveland and Mahalia Jackson.
Marita excelled a cooking, preparing the highest quality meals. She used only the finest ingredients and practiced professional techniques to ensure delectable meals for her family. Marita dressed eloquently according to the current fashion trends, like she just walked off the pages of a magazine.
Marita embraced the philosophy of Saint Francis of Assisi; “Remember that when you leave this earth and can take nothing of which you have received but only what you have given; a full heart enriched by honest service love, sacrifice and courage.” She nurtured and cared for several animals with kindness.
Marita had an affinity for animals. One of her fondest memories was of the beautiful turquoise Pacific Ocean in Oahu, Hawaii. She was in awe of the infinity and peace of God's oceans.
Marita lived a life on her own terms. She was determined to live her last days as the lyrics of the song stated, “I did it my way.”
Marita can be quoted as saying, "All is well with my soul.”
Marita ascended to be with the Lord on Tuesday, October 14th, 2014.
And then the rest just lists, Marita leaves to cherish precious memories a daughter, etc.
So, that's what I wrote for her, and once in awhile I enjoy reading it because I just thank God for the ability to write that and the abilities to also lead in the prayer, because part of the service, it’s a Baptist service, is a prayer of comfort. So I was able to do that very well.
So, that's why it means so much to me.
But I'm still grieving, I will grieve until I see her again. 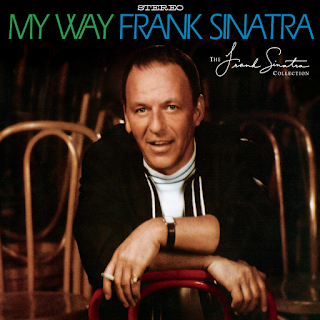 If you want to transcribe for Best Day, then email us at info@bestdayofmylifesofar.org. You can also share our older buds' adventures by donating to Best Day, subscribing to our newsletter, sending a note to our older buds, or following us on Facebook, Instagram, and Twitter. And if you or the older buds you know have stories about mastering new technology, then you or they can submit stories through our portal right here. We're especially interested to stories from Black older buds, but we're always looking for stories from older buds of color, older buds with disabilities, LGBTQIA+ older buds, older buds of any gender or sex, older buds of any religion, and older buds who just plain break the mold.
And don't forget to maintain contact with the older buds in your life. If you can't be there in person, please call them, email them, or message them on social media. And if they're using teleconferencing or remote events for the first time, give them a call and help them set things up. Check in on them to see how well they're getting used to these programs. Buy them a computer or an internet package if they don't have one of their own. It's a human right, after all. 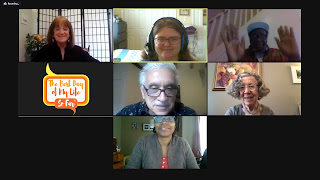