Something to Say About It (Norman & Frances)

It's been a week since the storming of Capitol Hill, and there's an unease in the air. There's confusion and trepidation and fear about the way the rest of 2021 will unfold. There's a lot of hindsight and kicking ourselves and thinking "If only we'd listened" from all generations. And there's also the sobering acknowledgement that this was not the first time this happened, and we always have to be vigilant against injustice. Our older buds have seen a lot go down in this country, and they've got something to say about it:

I was determined to find out the truth. I want to know why Adul Mokun, in my class, did not dress in a black suit -like the male adherents of the nation of Islam- and why there was a houseful of Muslims not too far from where I lived who dressed in Arabic attire.
The aforementioned passage appears near the end of an essay entitled “The Great Neighborhood debate of 1955”, an essay that chronicles street debates between my mother and a member of the Nation of Islam whose focus was which religion was authentic: Islam or Christianity.
Throughout the essay, I wrote the way I spoke in 1955 when I was 13 years old. Also I expressed the negativity – based upon my Christian upbringing I felt towards Islam whose adherents suddenly appeared in my neighborhood. But as I stated earlier, I was determined to, without bias, find out about Islam. The first phase of my investigation happened when I was enrolled in a world history course, during my sophomore year in college. I learned about Islam history and tenets. Later I visited mosque. Eventually my oldest son and two nephews became Muslims, also my mother who initially was against Islam respected those embraced that faith.
As for me, my study of Islam has enabled me to accept that religion as I do others.
Today facets of the United States government portray all members of Islam as terrorists, a ploy to gain political dominance. Omar a young Islam congresswoman has received death threats for being outspoken about the way Israel treats Palestinians and the rising tide of Islamophobia. Seemingly those who embrace hatred of Islam and view its members as terrorists, do not recognize domestic terrorism. I recognize all religions, because I have taken time to study as many as I can. 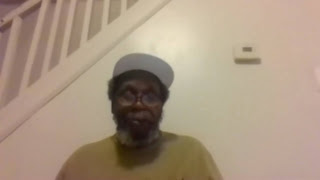 Now that we are again in the last days of deciding who will lead the country for the next four years, will we continue with our present President or elect a new one? In the news there are many charges and counter charges whenever the TV is on. Not to mention all the campaign ads.
I decided to further limit my TV viewing by reading magazines, and Time Magazine which I get weekly was one of those. Also, some non-political entertainment sources. In one of the articles that I read and caught my eye one of the Time reporters who visited the suburbs and outer rural areas in Milwaukee, Pennsylvania and outside Ohio to mention a few of those. He was interested in hearing how people with ordinary voices determined the coming November 3 election.
As I read the outcome of the people he interviewed, many voters were not fazed by the reports of the President saying that soldiers were losers and suckers, the death toll of COVID-19 and admission to downplaying the virus when Woodward taped him. And so, he asked about these things and no one was talking about the headline and the people often decided that it was not true, or they did not care.
Most of the Trump voters interviewed has reasons for supporting him and they were logical. One said he had lowered their taxes, appointed anti-abortion judges and the stock market had soared. So, he was logical in his goals because the President was certainly doing the things that were important to him. Some supporters, according to the writer, explained reasons that were so devoid from anything that he had ever experienced, and the reason was divorced from reality. He called this un-logic, which is not ignorance or stupidity but distorted by suspicion and misinformation. Which is geared by fiction rather than established facts because they only listen to those things that they really believe.
He found that un-logic belief from QAnon that the COVID virus is a hoax and was perpetuated by the elite from Hollywood. Anybody else who challenged this they called lying reporters, so did not listen to them. So, the un-logic of the other side often said that the President was faking, and they didn’t believe him, it was only the flu. Such belief that Hollywood’s elite who could traffic and rape children, who were pedophiles, also that they had built tunnels under the U.S. to traffic in children and to drink their blood.
When he asked two women two days after the death of Ruth Bader Ginsburg for their thoughts about the Judge they said, “I think that they were lying, we know that she died last year”. Their favorite news network was OANN and they said, “That station just gave you the facts.”
I understand why the term un-logic was used to explain these views by many of the voters he interviewed. And that was the thing that was so interesting to me that they didn’t believe anything that the leading stations reported, and they refused to listen to them. So, that was their reason for their feelings and nothing was going to change how they felt. 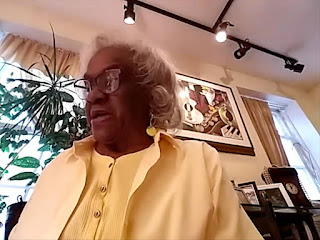 If you want to transcribe for Best Day, then email us at info@bestdayofmylifesofar.org. You can also share our older buds' adventures by donating to Best Day, subscribing to our newsletter, sending a note to our older buds, or following us on Facebook, Instagram, and Twitter. And if you or the older buds you knwo have stories about insurrections, riots, and rebellions, then you or they can submit them through our portal right here. We're especially interested to stories from Black older buds, but we're always looking for stories from older buds of color, older buds with disabilities, LGBTQIA+ older buds, older buds of any gender or sex, older buds of any religion, and older buds who just plain break the mold.
And don't forget to maintain contact with the older buds in your life. If you can't be there in person, please call them, email them, or message them on social media. And if they're using teleconferencing or remote events for the first time, give them a call and help them set things up. Check in on them to see how well they're getting used to these programs. Buy them a computer or an internet package if they don't have one of their own. It's a human right, after all.