Last week was Rosh Hashana, the Jewish New Year; a time of reflection and a call to action for the New Year. With the harvest here and winter coming, it’s important for all of us to reflect on what we did in the past year and what we need to do in the New Year. So, I’m dedicating this post to Eleanor Kazdan, and posting a selection of her stories as a way to look back and look forward: 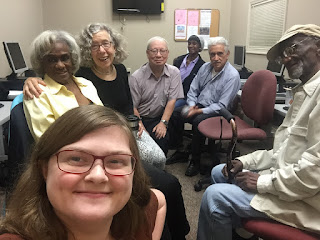 Eleanor Kazdan
09.12.2019
Lunch
My mother was very frugal. Like most families in the 1950’s, my father went to work and my mother stayed home with her four children. Money was a bit tight, and my mother was always looking for ways to make my father’s paycheck stretch a little further. One of her favorite pastimes at our local grocery store was rooting through the bins of canned foods that had lost their labels. We ate a lot of canned peas, corn, peaches, pears and fruit cocktail. One day I arrived home from school to find lunch on the table. Everything looked fine except a plate of ground meat. I took one look at it and blurted out, “That looks just like the food that our neighbors give their dog!” My mother vigorously denied that it wasn’t regular ground beef. Silence descended for a moment before she sheepishly admitted that it was, indeed, dog food! 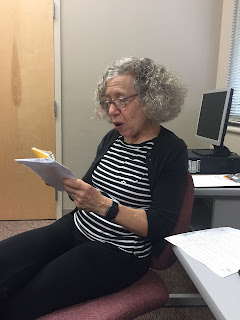 Eleanor Kazdan
08.08.2019
Paris
Planning a trip to France to celebrate a milestone birthday in October has gotten me reminiscing about my first trip to Paris.
It was 1969 and my friend Kathy and I had gone on our first trip to Europe for 3 ½ months, backpack and Eurail Pass in hand. We landed in London, spent a week there before heading to Paris. Kathy and I were both Francophiles and made a pact that we would speak only French in Paris. Getting off the train we were walking on air through this exotic station where everyone seemed exotic and romantic, smoking Gitanes and drinking espresso. In those days there was a Kiosk in every train station where you could book a hotel. We easily got one on the Left Bank for $5.00 a night.
The hotel was run by a cute older couple. Our walk-up room was on the 4th floor. Every morning at 7:00 there was a knock at our door and Madame delivered a tray with big bowls of coffee, fresh croissants, and homemade jam. The hotel doors were locked at 11:00 PM. But the cute couple slept by the door so they could let people in after hours. They warned me and Kathy not to let guys up to our room.
One night Kathy and I went to a discotheque where we met 2 French guys. My guy and I really hit it off, and walked around the streets of Paris for hours. When I looked at my watch it was midnight. I felt embarrassed to go back to the hotel so late, so my petit ami and I stayed out all night on our romantically innocent escapade. Kathy and I met up in the morning. She and her petit ami had stayed out all night as well! 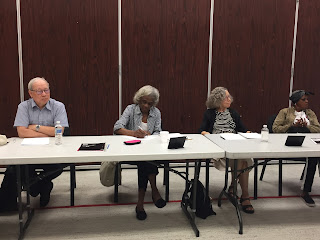 Eleanor Kazdan,
05.07.2020
My Quarantine
In mid-March, twelve days after returning from Mexico, my husband developed symptoms of COVID-19 and although I immediately distanced from him, slept in a separate room, I developed symptoms three days later and we both tested positive. His illness was incredibly mild—four days even before he got tested his symptoms completely went away, but I was not so lucky and I was, what I know now, mildly ill at home for two weeks. It was incredibly scary because it wasn’t going away and I kept reading about how after a week it can either get better or can get worse, and mine was not getting better. I had a fever, I was in bed and I had the greatest outpouring of support from my friends, my family, people from my past. It was actually exhausting trying to keep up with the texts and the phone calls, but it made a huge difference.
I was basically more or less in bed for two weeks and I had all the symptoms, which I won’t go into: a little trouble breathing, incredible exhaustion (I could barely walk a step for about a week), and I was so grateful when finally, after two weeks of fever it went away. The worst time of the day was in the morning when I took my temperature and every day I had a fever, not really high, but it just wasn’t going away. So finally, after exactly two weeks, my fever went away and I considered myself better. I have been in the house and not even walking around for two weeks and it was a beautiful sunny day, so this is the best day of quarantine so far, a beautiful sunny day. My husband said, “Do you feel up to taking a drive?” So I said, “Yes” and we got in the car and we drove and it was just like a miraculous dream. I really felt, first of all, really grateful that I had survived and we drove to the back of the Art Museum where there’s a beautiful azalea garden which many of you may have been to. Because it was April, the azaleas were in full bloom and we got out of the car. I was very weak but I managed to walk to the azalea garden. There were a lot of people there not social distancing and not wearing masks, and it felt very miraculous to me to have survived COVID-19 and to see the beautiful flowers and the trees. So like a lot of people, for various reasons, I feel very blessed and very grateful. 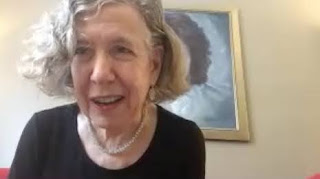 Eleanor Kazdan
08.29.2019
Kathy
This morning I decided to go through some boxes of old stuff in my basement, which has once again become cluttered. It had apparently been a long time as the boxes were covered with dust. The first box I pulled out was full of old letters, many from the 1970’s. Long, detailed letters, some from friends I barely remembered. Scanning some of them I realized that I had touched many people’s lives. And I also realized that not all friendships last forever, as intense and special as they seem at the time.
Some of my friends had written extensively, so I organized these letters in piles by name Elaine, Coco, Kathy.
Kathy had written me a mountain of letters from home, trips, and her college year aboard in France. I was overwhelmed by her love. And overwhelmed by sadness. Kathy died 30 years ago. She left me so much in her letters. We became friends at summer camp when we were 15. At age 19 we took our first trip to Europe together. We stayed close through moves to other cities.
When we were 32 Kathy found a lump in her breast. Her doctor told her she was too young to have breast cancer. A year later she finally went for tests, and found out it was an aggressive tumor. I was blessed to have Kathy for another 7 years.
Now she lives on in my memory and inside an old dusty box. 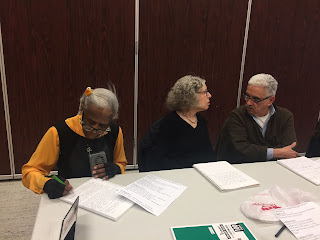 Eleanor Kazdan,
11.07.2019
Trains
I had a chance to reminisce and feel nostalgic on my recent trip to France. It was almost exactly 50 years ago that my friend and I went to Europe for the first time. We were armed with a 3-month Eurail pass that allowed us to hop on and off trains. And we hopped on and off a lot. In those days European trains had compartments that fit 4-6 people. You could end up being best friends with people who shared your space for many hours. And if you were lucky enough to snag a whole compartment on an overnight trip, it was a cozy bedroom for 2.
Things have changed, though. These iconic compartments are long gone. It’s much less romantic now. Just a regular train, everyone facing the same way and not interacting with strangers as much. But the same countryside whizzed by. Fields of lavender, cypress trees, cows who surely mood with a French accent. Paris to Marseilles to Aix-en-Provence to Arles to Avignon. The towns have changed as well. The quaint town of Aix now has an Apple store in the iconic town square. And it’s harder to speak French. More people speak English and want to show you that they can. But France still worked its magic on me.
As they say, “plus ça change, plus ça rest la même." 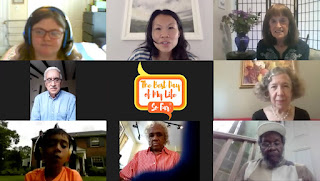