Last Monday was Columbus Day, or Indigenous People Day as people call it now. The people of Best Day are always looking for senior storytellers of all backgrounds, but getting the Native American perspective can be difficult. Due to the forced relocation of several tribes of Native Americans, to say nothing of our country’s genocide against them, it’s hard to find Native Americans the way you can find African-Americans, Asians, Whites, Lantix, Middle Easterners. And speaking of Latinx, there’s some debate over whether or not they should be included under the Native American umbrella as well. More so due to the ambiguity of “America.” Is it just the 50 states, or do we include Mexico and Canada too? 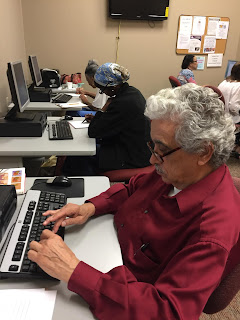 However, we do have some Native American influence in our little section of Best Day. Joan had a Native-American foster mother, and José’s teacher was all about pre-Conquistador Mexico. So in honor of Indigenous People Day, I’m reposting those stories for you. 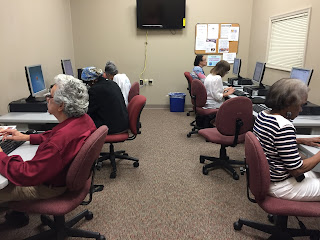 I was one of eight children. I look back at my life and see it as an interesting adventure.
All eight of us were placed in foster homes. Three years old was I when we were separated from our parents, five girls and three boys.
Our oldest sibling, Phoebe, two middle siblings, Bernice, Eugene and the baby of the family, Paul was immediately placed with their foster parent, Ms. Jackson.
My sister next to the oldest, Bertha, my oldest brother, Theodore, another middle sibling, Doris and I was placed in the home of an American-Indian woman and her Afro-American husband, the Walters.
My adventure started when I experienced eating foods that I was not familiar with. I believed to be Indian dishes. There were other meals we had that were familiar. We were given slices of bread according to our age. My sister, Bertha, would sometimes eat some of my food so that I would not get in trouble.
We only stayed with the Walkers for two years because they weren’t as attentive to us as they should have been especially when Bertha and Theodore would go to my mothers house and Theodore would go to my father. Mother and Daddy were separated. Mother lived in South Philly and Daddy lived in Southwest, Philadelphia.
Next we were placed in the care of Ms. Chamberlain. We didn’t live far from our mother and Bertha would send Doris and me to see our mother.
Theodore kept running away, he was placed on a farm called Pomeroy until they let him go. Bertha left and was soon married to her boyfriend Monroe.
Ms. Chamberlain was well educated and she instructed Doris to read to me. I still remember a lot of the nursery rhymes she read. Doris also had the job of combing my hair.
By the time I started school, I knew my alphabets and how to actually write (not
print) my name. By the time I reached the second grade (the first half) I was promoted to the first half of the third grade. Back then, it was one A, one B, two A, two B, etc… I was a very good reader and I learned math quickly.
Doris and I stayed with Ms. Chamberlain for four years. We were removed from her residence because she sent my sister Doris to school with lettuce sandwiches. One of Doris’ girlfriends convinced her to report it to the school counselor.

We were then placed with Ms. Jackson and with Bernice, Eugene, and Paul. For me, that was a very happy adventure because being that I was the youngest (eight years old by then) of the girls, I was ale to play with the other children in the neighborhood. With Ms. Chamberlain, we were not allowed to run, jump rope, or join the other children in our block.
Out of all eight children, I was the only one to graduate from twelfth grade.

Jose Dominguez
8.23.2018
The Real Education
At 22, I was studying law at the University of Chihuahua. At the beginning, it was easy, but now the courses were really complicated. This story is about one turning point in my life as a law student.
It was my fourth year and at the end of the period, the final exams came as a course. This time, it was a course “Mexican Agrarian Law” and I had to study 800 pages. The book consisted of 28 chapters and the biggest was chapter 8 with 220 pages long.
We had 7 days to prepare so I decided not to study chapter 8. The test was oral and the professor and two other faculty members were the jury, it was impressive.
When my turn came, they randomly selected 2 chapters and there it goes – chapter 8. Oh my god – the only thing I did was take some time to decide as if there were something to decide. After a few seconds, I told the jury I prefer chapter 11 if you please, but my professor told me 8. “Oh no, Jose, that chapter has been explained all day long, please explain chapter 8.” Oof, I said to myself, there are 2 options: I run from here or I fake my explanation. So I began reading the topic of the chapter. It was on the history of the Agrarian Law in Mexico. My professor was a communist and I knew he did not like the destruction of our cultures by the Spaniards and so on. So I began praising the primitive laws and taking the law from Spain. The professor was happy I noticed. The 2 other teachers were so bored that they decided to go out to smoke a cigarette and that was it. I was in charge. I finished the test, embraced by my professor who told me I came in 6th and continue studying, you have a great future. Conclusion: The school teaches us on how to solve exams, test, ect. But many times they do not teach the real life. 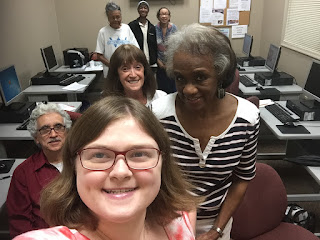 If you have any stories by or about older Native Americans, send them our way at info@bestdayofmylifesofar.org. We’d love to hear from you.
Curated by Caitlin Cieri
Newer Post Older Post Home