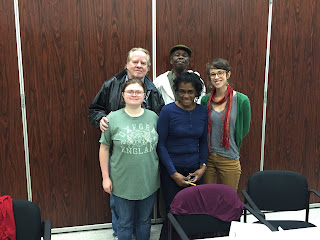 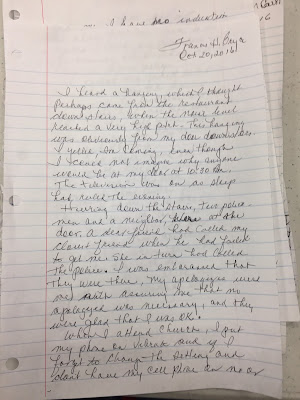 Today, a funny story to celebrate the distance (and we mean actual physical distance!) that a true friend will go. We are so happy to have you as our friend, Frances. We've ALL got your back - whether your phone is on mute, vibrate or set to ring...

I heard a banging which I thought perhaps came from the restaurant downstairs, when the noise level reached a very high pitch. This banging was obviously from my door downstairs.

I yelled, “I’m coming!” even though I could not imagine why anyone would be at my door at 10:30 AM. The television was on as sleep had ruled the evening.

Hurrying down the stairs, two policemen and a neighbor were at the door. A dear friend had called my closest friend when she had failed to get me. She in turn had called the police. I was embarrassed that they were there, my apologies were one with assuring me that no apology was necessary and they were glad that I was OK!

When I attend church, I put my phone on vibrate and if I forget to change the setting and don’t have my cell phone on me or near me. I have no indication that a call had been made to me unless I check my phone late in the evening, which I had not done because I fell asleep.

I called my friend to let her know that I was OK, leaving a message on her landline and then hoping she had not left home and then on her cell phone hoping if she was on her way to my place to abort the trip.

As luck would have it, she did not get the cellphone message and showed up at my place. I felt awful that she had driven from Mt. Airy to Center City to see if I was OK. Her only concern was that I was fine.

We have been friends since we were in college. There are things money can’t buy  - a true friendship rates number one with me.

I will try to reset my phone after putting it on mute or vibrate.