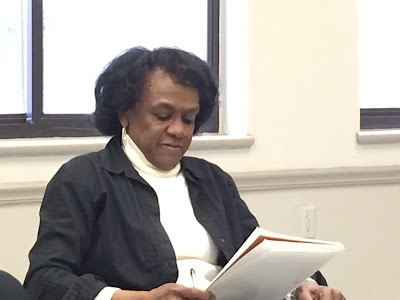 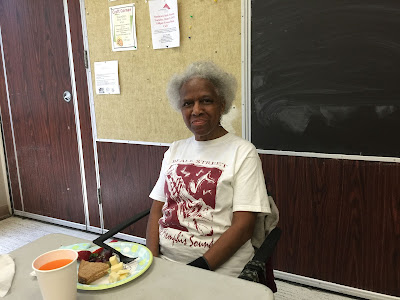 Today, two stories about survival, a lighthearted one by Frances, a heavy one by Joan, both reminding us to be grateful for this big, crazy, amazing thing called Life. Speaking of which, happy weekend... live it up!

I was born in a home that had four brothers. As was the custom in many black families, the oldest was in charge when the parents were away, and did most or saw that most of the chores were done. The oldest boys were glad when I was born, now a girl would do most of the things they had been doing.

My nemesis was the one that was two years older than me. He was the kid that would brush up against me, because there was no hitting the girl (me) in the family. He teased me when he had the opportunity, which was often. One day, he ran after me with a garden snake on a limb, of course my parents were not home.

The fact was that no one else could do mean things to me at school, playground, or anyplace else. He was very protective. When I was old enough to date, all my older brothers decided who could come to the home to see me.

An incident that was most entertaining was one afternoon a boy was on the way to my home, when one of my protective brothers asked where he was going. When he replied to see me, he (my brother) said, “No you are not,” and sent him on his way.

I did manage to get a stamp of approval of a couple of boys. I learned that the guys that my brother knew often were aware of their character because they had been traveling in the same circle. They taught me what kind of girls that were respectful so I learned a lot about males from them. What enabled me to make decisions about chasing the ones that were character driven, with morals and ethical values.

Do you ever wonder what happened to people you grew up with or attended school with. I do. Many of the girls I knew (and boys) are gone. And I mean they don’t inhabit this earth any longer.

I am so very grateful that God has kept me here this long.

I often go back into my past and truly realize the things that have caused me not to be here and it’s very scary.

I’ve had a gun pointed at me twice, point blank. God protected me from what could have ended my life.

I came very close to getting hit by a car but God said, it was not my time yet.

When you’re young and have not really come to know fear, you take lots of foolish chances, dangerous things or even fatal outcomes could have overtaken me but God blocked it. That’s why I’m still here.

I thank God everyday and night for keeping me from all hurt, harm and danger. I’ve also learned not to take life for granted.