Norman (Things My Mother Said to Me) 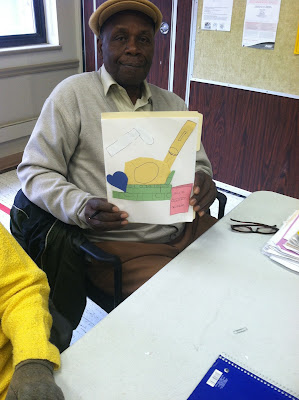 Norman wrote a story about his mom recently. It’s so moving, because you really see what a great mom she was in every single phase of his life. There’s probably no higher honor a mom can ask for than a story like this from a son. When I read it, I was reminded of another equally moving but different story he wrote a while ago. I had to dig it up. When I put the two stories together, I felt like the original story instantly became a hundred times more precious. Talk to a senior in your life and hear what they’d like to share about their mom! Tell us about it here: https://bestdaysofar.wufoo.com/forms/my-best-day-story/

I am far away from being egotistical but there are times when compliments make me feel good.

I felt good when my father said, “You are a man.”

I felt good when my mother told me that I did an excellent job as the emcee for a family reunion.

I felt good when my uncle (a South Carolina Farmer) who I worked with told me that I was dedicated.

I feel good when the neighborhood guys in their forties call me Coach.  I had them as a champion basketball team when they were 15.

My mother was a short giant of an "absolutely no nonsense" women whose self proclaimed position of boss was never challenged. She would tell anyone (no matter the time and place) to do something, and what she demanded was done without resistance. For instance, I've seen her break up many corner crap games; likewise, I can recall several instances when she actually went into the streets' gambling den and told the hardened card players to curtail the vile noise that the entire street could hear. And they complied.

She did not waste words on idle gossip, trivial matters or to hear herself talk; to the contrary, when she spoke it was for a relevant reason, and those who were within hearing range definitely listened. Including myself. I listened to her – partly, because I did not want to encounter her anger, but mainly because of my respect for her and her information, advise guidance, dictates, etc. that she dispensed.

Over the years, in her discussions that she has conducted with me, she has issued mandatory mandates, rendered perceptions, engaged in serious discussions and has given me tons of well needed counseling. I will never forget those sessions. She could be quite the disciplinarian. I can remember coming into the house after a pleasant day of playing and immediately being the recipient of the whipping that I was promised earlier, a whipping that I had escaped my mind.

Between the painful licks from the belt and my pronouncements of I-ain't-gonna-do-it-no-more, my mother would say didn't I tell you not to? Those whippings hurt, but there was something called a "Good Talking To" that would have me sobbing from the soul, boo-hooing with pain. The "Good Talking To" would consist of phrases like "I'm ashamed of you" and "You know better."

I remember my mother religiously lining each of my four siblings up and staying in a stern voice "What do you say when you speak to a grown person?" We would chime "Yes Sir" "Yes Ma'am." And during the holidays when children were required to say poems (which were called pieces) in church, she would line us up (my four siblings) and urge us to use our hands, eyes, hesitation, pronunciation and enunciation for the best presentation effect.

My mother also had a humorous side. When I received the award for being the top student in my sixth grade special education class, she said "If Norman is the smartest kid in the class, God help the rest." Before breaking out into a prolongued uncontrollable laugh. Whenever she had to inform me about something she knew would be disappointing news for me, she used a love filled gently voice. "Sissy's house caught fire last night. Sissy is dead." Sissy was the first girl that I had ever been romantically interested in. I have never forgotten her untimely death; however, there were more romantic interests.

Once, when I was a teenager, she looked me in the eyes and said, "I know what your problem is – girls." And she was correct. A few years later, when a serious heart break had me in a state of depression, she said to me, "There will be other girls." She was right. When I became older and seemingly a veteran of heartbreaks and homeless separations, my mother adamantly said "Get your own place." She was right.

When I left my parents' home on the morning of July 5, 1965 to report to the army, she urged me to hold my head up and a year and a half later when I came home on leave, she touched me and said with a tone of relief in her voice, "You came home." During what I surmise was my mid-life crisis era, my mom constantly told me to not throw away my gifts.

And when I told her about a dream I had about her father, mother, and uncle, she said that they were urging me to keep the faith. During a period in my life when nothing was going right and I was making wrong decisions, my mother would constantly tell me to not discard my gifts. When I told her that I had had a dream about her parents and her father's brother, she said "They are telling you that you can do it." If one did a wonderful deed, my mother would not necessarily congratulate them, as she felt that they were doing what was expected of them.

So whenever she told me "You did a good job," it meant a lot to me and encourages me to strive as hard as I possibly could. There are of course many other things that my mother said to me, and everything she said to me was in love, and if the tone of her delivers were sometimes harsh, it was merely to display "Tough Love" and to leave an everlasting message.