Joan (The Blessing of Knowing Who Your Parents Are) 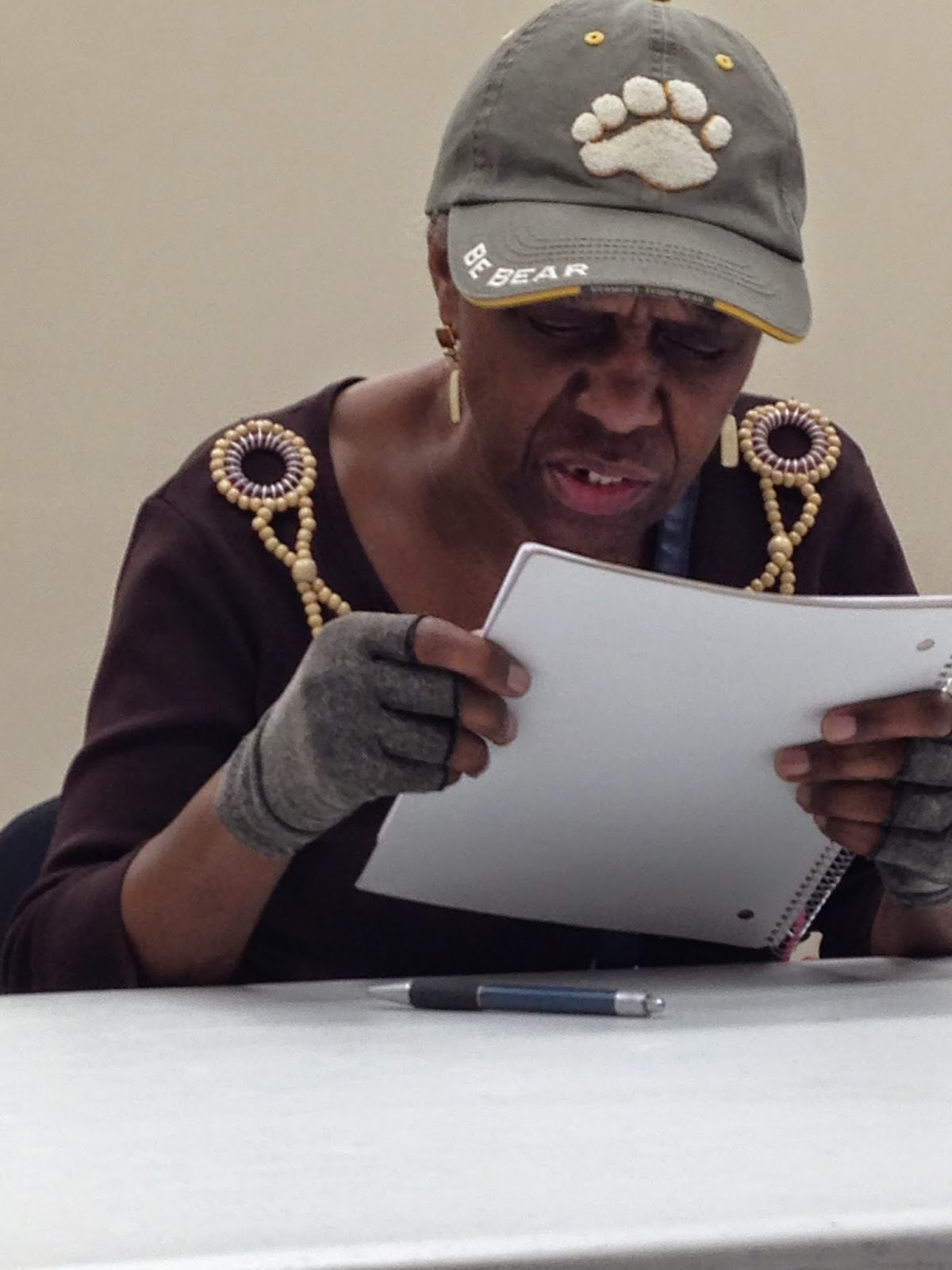 On the first Thursday of every month, my senior buds, co-facilitators and I have a tradition–we put down our pens and notebooks and hop on the computers to check out the recent and not-so-recent stories they have told, and to see what Facebook and Twitter comments you all have submitted. Well, THIS week, because we (shh...) just soft-launched our new website which serves as a portal that connects our growing groups across the country, our seniors thought it would be cool to browse the new website and read the stories from our satellite groups. We are so proud of all our little brothers and sisters that we made them a little Youtube video to cheer them on. We really think of our own group as a supertight immediate family, and every group that is starting is like an immediate family of their own. And altogether, we are one big diverse extended family, all spread out but united at the click of a button. We are officially launching our new website to the general public with the next issue of our seasonal Story Letter which you can sign up for HERE. But since you are a close friend of our fam ;) go right ahead and SNEAK A PEEK HERE and tell us what you think on Facebook and Twitter!

But first, a recent story by Joan about her family.

Joan Bunting
7.24.2014
The Blessing of Knowing Who Your Parents Are

Some of you know that I was brought up in foster homes. Me being next to the youngest of eight children was only two years old when we were placed.

The second home we were placed in was not far from where my maternal mother lived. The older siblings always knew where our mother lived and my oldest brother always knew where to find our father. Theodore Jr. was always running away from our foster mother we called Mom. He would steal money and hide it in his shoe.

Back then in the 1940s the heel of your shoe was removable and that’s where he’d hide the stolen money. He would then go to Southwest Philadelphia to where our father was. When the authorities would catch up with him, they would put him away. They first sent him to a correctional institution. Theodore finally ran away from there. Being that he was at least seventeen years of age, they let him go. At the age of eighteen we were considered old enough to leave our foster parents. Bertha, next to the oldest of us all knew where our mother lived, just a few blocks from us.

On Sunday mornings when we would go to Sunday School, Bertha would ask my sister Doris and I if we would want to go see  Mother – and of course we’d say yes. We’d see Mother and be so glad to see her and she’d be happy to see us.

My mother and father had separated because I was told by my mother that when I lived with her after I graduated high school, Daddy was very intelligent and had good jobs but Daddy liked to gamble. On pay day he’d come home broke. Mother got tired of seeing the older children going to school not dressed as well as they should have been.

All of us children always knew who our parents were. After we were all on our own and I lived with my mother we would gather together and someone would tell Theodore to go get Daddy. He would come back with him and four of us would start singing. We were harmonious together. Theodore would sing lead, Eugene base, Bernice sang soprano, Phoebe sang soprano also and I sang tenor.

As my sister and I were on our way to the Royal Movie House, who did we see waiting hand-in-hand coming toward us? Mother and Daddy. That was when I was still in a foster home and quite young.