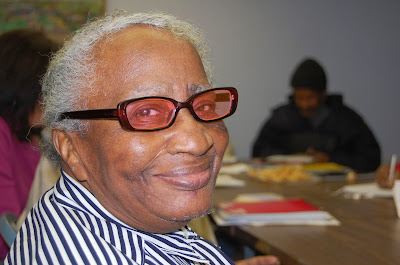 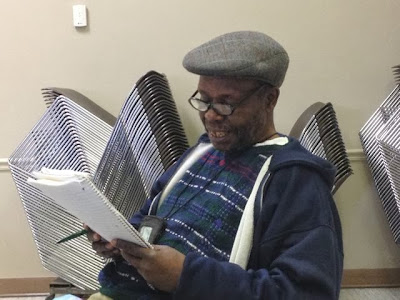 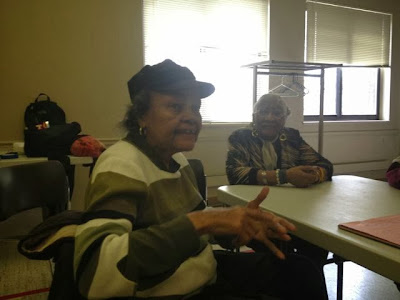 Our seniors’ voices have a way of drawing history closer to us. When I listen to their stories, there is no such thing as “once upon a time”, because it all feels so real and so present. Today, on Veterans Day, I thought we can read and reread some stories that let us see the more personal sides of war. From learning about new cultures, to surviving roadside bombs, to seeing soldiers and sailors on city sidewalks, here are Bernice, Norman, and Hazel sharing their personal memories of “the war years.”

And so, as we salute our veterans, we offer up these stories as a toast to peace.

I am always drawing pictures, even when I was in school. A lot of the time I drew difficult things like houses, trees, cars, boats and many other things.

It is fun when you know how to draw different things. You can see so many things if you keep your mind on what is really happening. You cannot live in this world alone, so many things to do and see.

Everything has changed since the war years; we still have wars in different places. Some people still can’t get along. Glad more people are like flowers; different colors and different breeds, and different worlds.

Back in the forties, where there were quite a few people walking, most of the time you saw soldiers and sailors. It was the war years, and some were coming home and some were going away. Some people were sad because they had lost their loved ones.

It was like two wars: Germany and Japan, and many soldiers were not coming home. Today they change out of their uniforms because they don’t want to get robbed. It was nice to see a lot of soldiers and sailors coming home. There were all kinds of people from other countries also fighting in the war, and because of that, the war was won. Over and over again, we will always have wars.

In the fall of 1965, I completed military police training at Fort Gordon in Augusta, Georgia and was assigned to the 549th police unit in the Republic of Panama.

En route to my destination, I stopped at the Charlotte, South Carolina air force base. There in the canteen, I saw a buxom, tall and dark black woman who evidently worked there and who spoke with a West Indian accent. I assumed that she was of Gullah descent—black folk who had been isolated on islands in the vicinity of North Carolina, South Carolina, and Georgia for well over 100 years. They retained many elements of African culture and language patterns.

When I arrived at Fort Kobbe Air Force Base on the Pacific Ocean side of Panama, I received a shock, for in the canteen, I saw a tall, buxom, black woman who evidently worked there and who seemingly spoke the same dialect as her look-a-like in Charleston.

Just when I thought the cultural shock was through with me, another incident happened. Waiting at an outside train station for a train to take me to my assignment on the Atlantic side of Panama, I encountered twelve young shoeshine boys. Eleven had the physical attributes that we associated with Hispanics and one had attributes associated with blacks. When the black kid spoke rapid Spanish, I could not believe my ears. I had been accustomed to the way things were in America and what I had seen and heard in the media.

The trip to Panama opened my eyes up to the fact that language and culture can transcend ethnic groups and geographical locations.