Something fun (!) as promised in the last blog post. The first sentence in the second note is the best part. And I gotta tell you how Bri delivered these notes to us too - that's a story in itself! One day I got this excited call from Arthur saying that Bri had left something in an envelop for the class in his door (they live the same building, which btw is how Bri heard about our class in the first place, through Arthur). And then, a few days later, I got another call from him. Knowing him, I knew he was loving the drama and suspense of it all, especially the fact that he'd been selected by Bri as the special deliverer of these "documents". You should have seen him when he walked in the next Thursday (class day) and immediately, ceremoniously handed me not one but two sealed envelops. The seniors all got such a kick out of the notes when I read them out loud. Everything about these notes was just so, so nice. And did I mention that this is only Bri's second month with our group? Now you know what I meant when in the last blog post I said, it feels like we've known Bri forever? 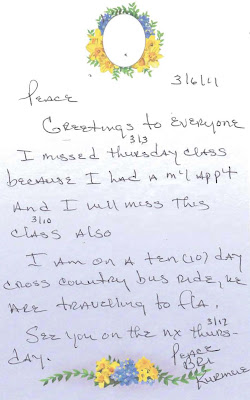 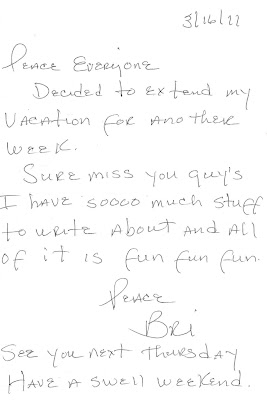